Major streaming platform Netflix has launched a new website that will act like its Weekly Leaderboard and has named it “Netflix Top 10”. This list will be based on the number of hours watched. There are different leaderboards for each country and there is also a global leaderboard. The global rankings are sorted into four categories:

The new weekly Top 10 hub will update every Tuesday with lists of its top films and series in the categories. This list will include any media on the platform including Netflix originals and licensed media. The watch figures show the count nearest to 10,000 since that accounts “for any fluctuations in Internet connectivity around the world.”

Netflix has also mentioned that different seasons of the same title will be counted separately, to give a more clear indication about trending series’. However, it will count repeated watches within a season toward that season’s overall watch hours, for example, if you watch a scene in a single episode repeatedly.

Netflix believes that “engagement, as measured by hours viewed, is a slightly better indicator of the overall success of our titles and member satisfaction.”, as it said in a recent letter to its shareholders. Netflix aims to deliver greater transparency around viewing data.

Netflix says this will show users what shows are popular every week and will give “proper credit to rewatching.”

Social media platform Twitter tends to start and shut down its verification applications very randomly without any notice.…
byTeam Oyprice
No comments 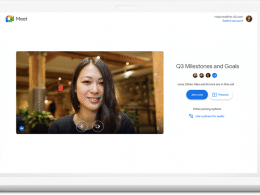 Google Meet is going to launch many new features such as in-meeting replies, PiP mode, and other

Google meet is going to launch new features for Google Meet which will help users with their hybrid work situations.
byKeval
No comments

People use spy apps on their phones for various reasons. Maybe they want the app to keep track…
byTeam Oyprice
No comments