Moto G60s with 5000mAh Battery Launched – Motorola has officially introduced the Moto G60s smartphone in Brazil. The device was rumored to debut globally, but the company has not yet confirmed a global launch of the G60s.

In comparison to the Moto G60, which was released in India in April, the Moto G60s has a different processor, fast charging support, and a quad-camera setup. Let’s take a detailed look at the Moto G60s.

The Moto G60s flaunts a 6.8-inch IPS LCD display with a 120Hz refresh rate and FHD+ resolution. Under the hood, the G60s is powered by an octa-core Helio G95 SoC paired with Mali-G76 MC4 GPU. The device comes with 6GB of RAM and 128GB of internal storage, which can be extended up to 1TB via a microSD card. The handset packs a 5000mAh battery with 50W fast charging support.

As for the optics, the Moto G60s packs a quad-camera setup at the rear, including a 64MP primary sensor, 8MP ultra-wide lens, 5MP macro sensor, and a 2MP depth sensor. For selfies and video calls, the device offers a 16MP module on the front. The Moto G60s boots Android 11 OS out of the box.

As for the connectivity options, the device supports Wi-Fi 802.11 b/g/n/ac, Bluetooth v5.0, GPS, 4G, NFC, a 3.5mm audio jack, and a USB Type-C port are all included. A side-mounted fingerprint sensor is integrated into the power button on the device. There’s also a dedicated Google Assistant button on the phone.

The Moto G60s has a starting price of BRL 2,499 in Brazil (Approx INR 35,800). The Moto G60s is available in two colors: green and blue. Motorola has not yet revealed any information about the Moto G60s’ global availability.

Vivo S12 series is in the works, which will come as a successor to the S10 series. While…
byVicky Kumar
No comments 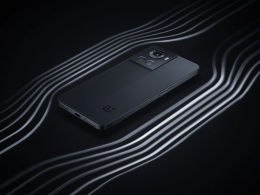