Not even a day after the Mi Mix 4 is launched and its internals have already been torn open by a famous blogger. Tech Blogger Robin has released a teardown video of the Mi Mix 4 on Weibo.

The Mi Mix Series is known for its design and build quality. As we can see, the device has been made out of ceramic, similar to the first Mi Mix. It features a light body with a sleek metal frame and inversed antennas.

Divided into three parts like most phones, the upper part houses the SoC, camera CMOS, memory, etc. This part also houses the under-screen camera technology which Xiaomi was working on for a long time. this is their first phone to have an under-display camera sensor. Under bright light, the under-display camera is visible quite clearly. it also exposes the ambient light sensor under the display. RAM used here is LPDDR5, paired with SK Hynix ROM.

Moving to the second part of the phone, we see the NFC and wireless charging coil above the Dual Battery setup. The battery is from Dongguan New Energy. The thermals of the device also seem to be on the cooler side even after an hour of games, the temperatures don’t cross the 40 Degree Celsius mark.

Moving to the last part of the phone, we see the board that integrates the speaker, the motor of feedback, and the USB-C port, along with some other components. The speakers and Microphones used are from AAC Technologies. The phone can be fully charged with wired charging in around 20 minutes and in 36 minutes with wireless charging. The company claims that it supports 50W wireless charging but it is found out to reach the 100W mark.

What are your thoughts about the Mi Mix 4? Let us know in the comments below. 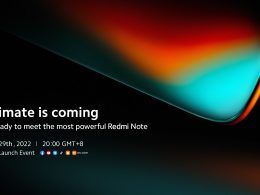 A few months ago, we put out a list of “Best Gaming Mouse Under Rs 2,000.” Now, we…
byTeam Oyprice
No comments

On Wednesday, the Department of Telecommunications announced that from January 15, 2021, all landline users in the country…
byTeam Oyprice
No comments

Best Mobile Deals to Look Out for at the Flipkart Big Saving Days 2021: Part 1