Many tech giants, including Google, Microsoft, Amazon, and so on, have already withdrawn from attending CES 2022 on the grounds of the omicron variant. But, it seems like LG Display is still preparing for the event and has come up with more uses for transparent displays with its innovative new concepts that will be on display at CES 2022.

LG Display’s OLED Shelf features two 55-inch 40% semi-transparent OLED panels, which can be hung from an overhead shelf attached to a wall. The two screens are serially connected so that the top screen serves as a traditional TV, while the bottom half is more of a passive display that can be used for showing weather, news, and other updates.

LG suggests that this display can also display digital artwork while the bottom screen can provide context for the image on the top screen. But, when it’s time to watch TV, an opaque screen rolls down from behind the top OLED panel, which offers about 400 nits of brightness.

Apart from that, the company also showed off its Smart Window, a transparent OLED screen that can be used in offices for video calls or displaying slide shows, and a huge transparent digital signage consisting of four 55-inch displays combined.

Just to let you know, the technology behind transparent OLED displays is nothing new, as we have already seen this technology being used on Xiaomi’s Mi TV Lux. A transparent TV was launched in the third quarter of 2020. However, only a few people could get their hands on this TV because it was only sold in China and was priced at a whopping USD 7,200.

Also Read: Adata Shows Off Its Gaming Mouse With a Built-In SSD Right Before CES 2022

What are your thoughts on LG Display’s new transparent OLED display? And do you think 2022 could be the year where transparent displays become mainstream? Let us know in the comments below. Until then, stay tuned to Oyprice and subscribe to our YouTube channel, or join us on Telegram, Facebook, or Twitter.

Google has now launched the second generation of the Pixel Stand. It is now available for preorder and comes with…
byTeam Oyprice
No comments OnePlus and Oppo are Merging: OnePlus Says it Will Continue to Operate Independently

After a long period of collaboration, OnePlus and Oppo have made the announcement official. They are merging! The…
byTeam Oyprice
No comments 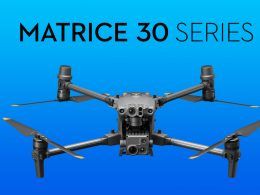 DJI Unveiled Two New Enterprise Drones Along With One of Its Kind Drone-in-a-Box Solution at Yesterday's Event.
byAyush Patel
No comments