Is It Possible To Run Windows On The New M1 Macs?

You should be familiar with Apple’s latest M1 chip, which will replace Intel as the processor in all future Macs. You can also get a few Macs with the M1 chip already mounted.

You might have a few questions if you’ve already received your M1 Mac or are considering buying one. Running Windows (or Windows apps) on your macOS machine is an important use case for many users, particularly developers.

If you need to run Windows on your Mac, you can read this article before making your order.

Why is the latest M1 chip causing issues with Windows on Mac?

Unfortunately, if you try to run Windows on your Mac, the M1 chip causes issues. This is due to the M1 chip’s architecture differing from Intel chips, which are the chips for which Windows is developed.

The architecture of a processor affects not just how a system operates, but also what it can run. Apps are being created for one or the other. It’s so difficult to compensate for this disparity that even apps that were previously designed for Mac must be redesigned or translated using Rosetta 2.

So, when it comes to running Windows on an M1 Mac, to say the least, there are a few issues.

Why did Apple move from x86 to ARM?

Before we get into the depths of the problem, let’s take a look at why Apple chose to abandon x86 in the first place.

The first is self-evident: Intel owns the x86 architecture. It was developed by the company! So it only makes sense for Apple to break away and build a rival chip using a different architecture.

Second, Apple has been using ARM chips in its handheld devices (iPhone, iPad, Apple Watch, AirPods, Apple TV – everything) for quite some time. Apple’s developers are well-versed in this architecture, and they know how to use it effectively. It’s right up their alley.

Finally, since Apple has been using ARM chips in all of its mobile devices, an ARM Mac could run iPad and iPhone applications. This is a significant step toward bridging the gap between these devices and increasing compatibility, which is a classic Apple move.

Also Read: HOW TO KEEP YOUR MAC FROM OVERHEATING

Does Boot Camp still work on Macs with the M1 processor?

Now that we understand why Windows does not run on Mac and why Apple made this decision, it’s time to answer the most common issue. drumroll… Boot Camp is not compatible with the current M1 Macs.

We just finished explaining why this is the case, so I don’t think I need to go into any more depth here. However, it is right. Previously, Windows could be installed on a Mac using the Boot Camp feature. This is currently unlikely due to the Mac processor’s inability to interpret the Windows operating system.

Does this imply that Apple will no longer support Boot Camp?

Since there are only two ways to bridge the gap between the ARM and x86 architectures, in this case. Either Apple develops a Rosetta-like service for translating Windows 10 in real-time, or Windows develops a powerful ARM version of its operating system.

The first of these events is unlikely to occur anytime soon. The second, on the other hand, already exists in some form. On ARM SoCs, you can download and install an ARM version of Windows 10. This edition of Windows, though, isn’t the most dependable at the time of publishing. It’s slow, buggy, and it can’t run 64-bit Windows apps because it’s ARM-based (you can run 32-bit, however).

In short, Boot Camp on Mac is dead for the time being, and I don’t expect it to return anytime soon.

What about Windows virtual machines running on the M1 processor?

This leads us to the second method of running Windows on a Mac, which is using a virtual machine.

A virtual machine, for those who don’t know, is a computer simulator. It generates a small window on your desktop that contains a second desktop for whatever platform you prefer. This is usually used by developers, but it can also be used to run Windows apps on a Mac (such as games).

The prognosis is a little better in this case. There’s nothing preventing Windows VMs from running on M1 Macs in the future. The problem is that most virtual machine programs were designed for x86 Macs. As a result, all of your current virtual machines must be rebuilt for the new Macs.

During WWDC20, Apple demonstrated Parallels (a popular virtual machine) running on an M1 Mac. This was, however, a beta version of Parallels, and it was running Linux rather than Windows 10.

In short, it appears that VMs will be available on M1 Macs. They actually take a little more time.

If you need to run Windows, should you avoid the M1 Macs?

I will hold off on purchasing an M1 Mac if I work in Windows VMs on a regular basis. I wouldn’t advise you to never have one, but rather to wait until next spring or early summer to upgrade. Popular virtual machines are likely to return to macOS in the near future.

If you regularly use Boot Camp on a Mac, I would suggest avoiding the M1 Macs for the time being. I’m not sure whether or how Apple prioritizes Boot Camp, so it’s difficult to predict when it will return. I wouldn’t swap an Intel Mac for an M1 Mac for a long time unless you have a Windows 10 computer at home that you don’t mind flipping between.

It’s not just doom and gloom. On an M1 Mac, there are a few workarounds for running Windows VMs and games. Here are two reasons why you may be able to purchase the M1 Mac right now.

Parallels VM: When will it be released?

We don’t know anything more than that. Though I have no experience designing a virtual machine for a new architecture, I assume the first VMs will be available by next spring. So, if you have the patience, I might wait.

Run (some) Windows apps with CrossOver.

While you wait, I highly encourage you to check out CrossOver. A crossOver is a virtual machine (VM) alternative that lets you run Windows apps on your Mac. Instead of simulating a Windows environment (as a virtual machine does), it converts Windows commands to Mac commands – also on M1 Macs.

This allows you to run all of your Windows apps on your Mac, including those you’re making. Although it doesn’t have the same level of detail as a virtual machine, it does the job and saves you money on a Windows license. The crossOver also has you covered whether you use virtual machines or Boot Camp to play games on your Mac.

Most users, I think, would be satisfied with the prospect of VMs and alternatives like CrossOver before Windows support on M1 Macs improves. However, for those who need Boot Camp, I recommend grabbing an Intel Mac while they are still available and crossing your fingers. Or maybe it’s time to invest in Windows?

How to Check Airtel number with USSD Code and App? 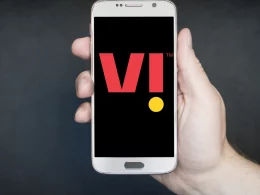 How to Keep Your Mac from Overheating