The Short Answer is Yes it Can, But You Might Want to Contain Your Expectations.

Apple just wrapped up its Peek Performance event where it revealed a new powerful Mac Studio along with a 27-inch Studio Display. For the unfamiliar, the Studio Display comes with a front-facing camera, speakers, USB Type-C ports, a studio-quality mic array, along with Apple’s A13 Bionic chip. However, the question arises is Apple’s $1600 studio display a viable option for competitive gaming?

First and foremost, we expect that you will obviously be gaming on an Windows PC, as Apple computers have had a track record of not being great for gaming and secondly know that Apple products are not know to behave well with Windows.

That said, before making any bold claims; to answer this question we will have to take a deeper dive and look at both the inherent benifits and disadvantages of Apple’s new Studio Display as a gaming monitor as listed below:

Starting form the inherent Advantages, the Studio Display has many, making it seem good on paper but that doesn’t mean that its any better than a normal gaming monitor as you will see afterwards.

Sure, the Studio Display can be used for gaming as long as you’re ready to live with it’s limitations. And although it even offers a bright display with a webcam, excellent audio setup with six speakers while running with Windows we still won’t recommend it for competitive gaming.

Whatsoever, the Apple Studio Display is a pretty great monitor given you are a professional who daily drives MacOS and can live without higher refresh rates in favour of higher resolution, higher brightness and vibrant colours.

Furthermore, there any many cheaper yet more feature packed alternatives to the Studio Display if you’re looking for a gaming monitor or a professional monitor with built-in webcam.

Also Read: Get Your Hands on All The New Wallpapers Featured at Apple’s Peek Performance Event

Until then, stay tuned to Oyprice and subscribe to our YouTube channel, and join us on Telegram, Facebook, or Twitter and stay up to date with the latest happenings in the world of tech.

Apple revealed its new M1 Max and M1 Pro Chips for the MacBook Pro back in October, and…
byAyush Patel
No comments 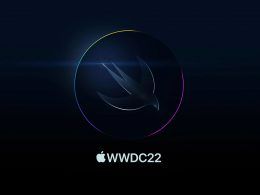