Which One Should You Buy? 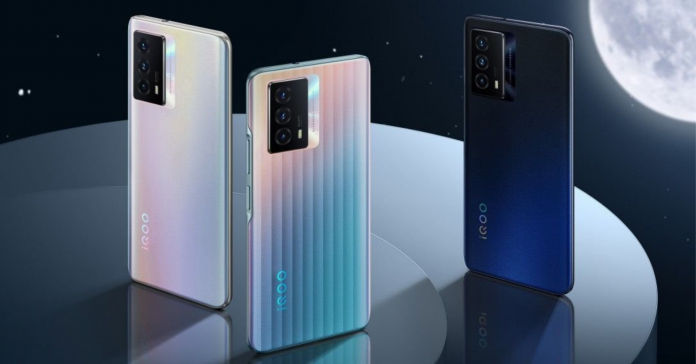 Successor to iQOO Z3‘s successor, the iQOO Z5 features a larger 6.67-inch FHD+ IPS LCD with support for 120Hz refresh rate. iQOO has ditched the teardrop notch found on the Z3 for a hole-punch cutout for its 16MP selfie camera on the Z5.

In terms of processing power, the iQOO Z5 has a newer Snapdragon 778G 5G SoC instead of the 768G 5G found on the Z3. The Snapdragon 778G 5G is built on the 6nm process, which offers 5% faster performance than the older 768G 5G while offering support for faster RAM up to 3200MHz.

However, the camera on the Z5 is not upgraded at all and features the same triple camera setup found on the Z3 with a 64MP main Samsung GW3 sensor along with an 8MP ultra-wide and a 2MP macro module. The Z5 has a slightly larger yet better-looking camera bump than the Z3.

While in terms of the battery, the iQOO Z5 has a 5,000 mAh lithium-ion battery, which is exactly 600mAh larger than the battery found in its predecessor. However, iQOO has limited the charging speed of the device to 44W instead of the 55W found on the Z3.

When it comes to security the, iQOO Z5 has a side-mounted fingerprint scanner which was not present on the Z3.

This time with the release of the iQOO Z5 you might get more color choices if all of them are released in India, including White, Dark Blue, and Gradient Blue colors. The latter has a ridged back pattern, while the other two feature a flat dynamic color finish. However, the iQOO Z3 only came in two colors in India, Ace Black and Cyber Blue with no texture.

The prices seen over here were in Chinese Yuan converted to Indian Rupees, so we cannot determine the exact price of the device until it will be made available in India on 27th September.

What do you think about the new iQOO Z5? Let us know in the comments below. Until then, stay tuned to Oyprice and subscribe to our YouTube channel for regular news and updates.

iQOO Z5 series gets a new member today in the form of iQOO Z5x. The new device has been launched in China at an affordable price...
Read more
Mobile Phones

Redmi Note 11 series has been in the rumor mill for a while. Yesterday, it was spotted on Chinese retailer site JD.com, and today,...
Read more

iQOO Z5 series gets a new member today in the form of iQOO Z5x. The new device has been launched in China at an affordable price...
Read more

Redmi Note 11 series has been in the rumor mill for a while. Yesterday, it was spotted on Chinese retailer site JD.com, and today,...
Read more

There is no denying that the Google Pixel 6 lineup has got all of us excited, and the launch day is finally here. Google...
Read more
Load more