After launching the IQOO Neo 5, it looks like the company will be launching its successor, IQOO Neo 6 SE. IQOO aimed at the Neo 5 as a mid-range flagship device. Since IQOO Neo 6 SE will be the next-gen variant, we can expect that the phone will cater to a similar segment.

Recently, a phone was listed on the IMEI database. The listing confirms the device’s name and model number. It shows its model number V2157A and the name of the device as IQOO Neo 6 SE where SE stands for Special Edition.

In India, the IQOO Neo 5 launched as IQOO 7 around Rs 30,000. We can expect the upcoming IQOO Neo 6 SE to be the IQOO 8. On 17th August, The IQOO 8 Series is confirmed to launch in China. Although the IQOO 8 Pro’s specifications have been leaked, we know nothing much yet about the IQOO 8. The IQOO 8 is also said to be a cheaper gaming phone. Although, there’s not much of a difference between the Vanilla and Special Editions.

What do you think about the IQOO Neo 6? Let us know in the comments section below. Stay tuned to Oyprice and subscribe to our YouTube channel. And don’t forget to join our telegram channel for regular news and updates. 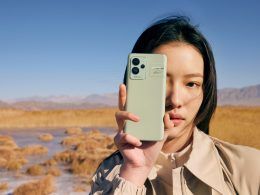 iQOO 8 Specification and Launch Timeline Teased Ahead of Launch

iQOO 8 Specification and Launch Timeline Teased – iQOO, a sub-brand of Vivo is gearing up to launch…
byTeam Oyprice
No comments