iQOO Neo 5s is officially confirmed to break cover in China on November 2. As we are getting close to the launch date, the company is highlighting the device’s specifications through multiple teasers. The latest teasers posted today on the iQOO‘s official Weibo account reveal iQOO Neo 5s front render and display specifications.

The latest teasers confirm that the Neo 5s will adopt a punch-hole design selfie camera on a flat display. It has slim bezels all around, giving a good screen-to-body ratio. The device has an OLED panel with support for 120Hz refresh rate, 1000Hz touch sampling rate, and HDR10+ support. It has a 6000000:1 contrast ratio and a peak brightness of 1300nits.

The company has previously confirmed that the iQOO Neo 5s has a rectangular camera island on the back, housing three sensors and an LED flash unit. It supports optical image stabilisation (OIS). The device will be powered by the Qualcomm Snapdragon 888 chipset. Similar to the company’s recent high-end phones, the Neo 5s will also feature an independent display chip. It is said to increase the frame rate without increasing power consumption.

The iQOO Neo 5s is rumoured to pack a 6.56-inch OLED screen with a punch-hole cutout for a 16MP selfie camera. The device will boot the newly-announced OriginOS Ocean UI, which is based on Android 12. Furthermore, the Neo 5s could pack a 4,500mAh battery with 66W fast charging. It is said to feature a 48MP Sony IMX598 primary sensor on the back.

Alongside the iQOO Neo 5s, the company will also release the Neo5 SE. The device will feature 50MP triple cameras, a USB Type-C port, and a side-mounted fingerprint scanner. iQOO Neo5 SE is expected to be powered by the Snapdragon 778G+ SoC.

Nokia 3.4 and 5.4 with Qualcomm Snapdragon SoCs, 4000mAh batteries, and many more launched in India

Nokia has freshly launched the all-new cost-efficient phones from the Nokia mobile brand licensee, HMD, and this time…
byTeam Oyprice
No comments

Realme’s next C-series smartphone, the Realme C20A, will be available in Bangladesh on May 13th. Realme confirmed the…
byTeam Oyprice
No comments 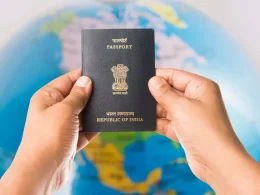 Samsung Galaxy S22 Will Feature the Snapdragon 898 in India

Like every year, Samsung will launch the successor of the Galaxy S21 Series, the Galaxy S22 Series next…
byTeam Oyprice
No comments