iQOO 8 flagship series is already confirmed to launch on August 17 in China. The lineup is said to include two phones – iQOO 8 and iQOO 8 Pro. While we are a couple of days away from the launch, a leaked poster revealing the iQOO 8 price and memory configurations surfaced on the internet.

iQOO recently teased the camera details of the iQOO 8 Pro along with some camera samples. The triple camera setup on the rear side includes a 50-megapixel primary sensor, a 48-megapixel ultrawide lens. The Vivo sub-band is yet to reveal the details about the third sensor. The camera samples shared by the company (see below) shows a sharp contrast between the colors. The image quality and details look impressive. It seems that the iQOO 8 series is getting some upgrades in the camera department as well.

Yesterday, a leaked poster surfaced on Chinese microblogging site Weibo revealing more about the iQOO 8 Pro. According to it, there will be a special BMW Motorsport Edition in the iQOO 8 series, which has some design modifications, while the specifications are similar to the iQOO 8 Pro. The leaked poster also revealed that the Pro model has a 2K display and supports 120W fast charging. The phone may be powered by Snapdragon 888+ chipset, which recently debuted on Xiaomi Mi MIX 4.

iQOO 8 Pro is rumored to have a 6.78-inch curved display. It may pack a 4,500mAh battery and is likely to support fast wireless charging.

Would you consider upgrading to iQOO 8 Pro over your current phone? Let us know in the comment section below. Stay tuned to Oyprice and subscribe to our YouTube channel. And don’t forget to join our telegram channel for regular news and updates.

Oppo has already confirmed the arrival of a new A-series smartphone in India. While the company has not…
byVicky Kumar
No comments 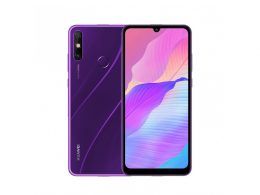 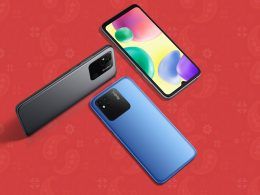 Redmi 10 Power is the Redmi 10 with more RAM.
byVicky Kumar
No comments