iQOO 8 series is all set to launch on August 17 in China. The company is likely to introduce iQOO 8 and 8 Pro at the launch. There will be BMW Motorsport Edition too, which we saw in a leaked poster that surfaced last week. We are just a day away from the launch and the entire specifications of the iQOO 8 series have been revealed through leaked posters.

The device appears to have a textured back which has a rectangular camera module that houses three sensors. It is already confirmed to pack a 50MP primary camera, a 48MP ultra-wide lens, and the third one could be a 16MP sensor. iQOO 8 Pro will have a curved panel that may feature a 16MP selfie shooter.

The phone may pack a 4,500mAh battery with 120W fast wired charging and 50W wireless charging support. The leaked poster mentions that it will take 19 minutes to fill the battery. On the software front, the phone is said to run Android-11 based OriginOS 1.0.

iQOO 8 is said to boot Android-11 based OriginOS 1.0 skin. It has a triple camera setup on the back which is said to consists of 48MP-megapixel + 13-megapixel + 13MP-megapixel sensors. For selfies and video-calling, the phone may get a punch-hole style 16MP front-facing camera. The phone may pack a 4,350mAh battery with 120W fast charging support. 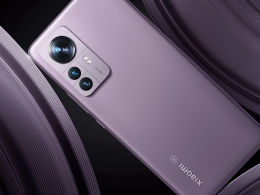 Xiaomi is going to launch their new flagship smartphone called the Xiaomi 12 Pro in India soon. Launch date of the smartphone has been confirmed.
byTeam Oyprice
No comments

Gionee the Chinese smartphone manufactured has launched its new smartphone last Friday. While the actual smartphone the Gionee…
byAyush Patel
No comments

As we are getting close to the launch date, Redmi has been putting on multiple teasers to build…
byVicky Kumar
No comments