It’s September – you know – that time of the year when Apple fanboys and jealous Android users across the planet await the launch of the next-generation iPhone models. While most of us have gotten used to Apple holding its iPhone-themed event in the second week of September every year, a lot of things are set in motion as soon as Apple formally sends out invites for its September launch event.

Like clockwork, earlier today, Apple officially began sending out invites for the iPhone 13 launch event — and as evident from the title of this article, the company’s newest iPhone models shall be officially unveiled on September 14, 2021.

The iPhone 13 lineup aside, we also expect Tim Cook and co. to revamp the Apple Watch series line with the new Watch Series 7 products at the same event. While not confirmed yet, there is also some chatter around the possibility of seeing a brand new AirPods model.

Apple September 2021 event: What to expect?

Aside from the fact that you will definitely get to see new iPhone models, based on what we know from credible rumour mills, it wouldn’t be erroneous on our part to expect the iPhone 13 to feature several upgrades. The most prominent changes to the new iPhone models include the possibility of them (finally!) featuring a high refresh rate display (120Hz mostly), a smaller notch (I’m in tears), and of course, a bunch of camera-centric enhancements.

As far as the Apple Watch Series 7 is concerned, there has been talk around the upcoming models sporting a revamped design and the display size getting a bump.

As for the new AirPods product, it is widely being rumored to be called the Apple AirPods 3. Early reports also point towards the possibility of the AirPods 3 possessing an identical design language as the AirPods Pro – with the major change being the lack of replaceable ear tips.

Hey, what about the iPad?

We really don’t know if this will be true – but there has also been some talk around the likelihood of the September 2021 event being the venue for the announcement of a bunch of new iPad models. Don’t take our word – but there might be a “one more thing” session towards the end of the event where Apple could announce a new iPad Mini model and a new entry-level iPad.

At the event, we could also see the company make formal announcements about the final release dates for iOS 15, watchOS 8, and tvOS 15.

Where to watch the September 2021 Apple event?

The ongoing pandemic, once again, ensures that we will get to gawk at Apple’s Hollywood-beating video production quality. The September 2021 event will be an online-only virtual event that will be streamed from Apple Park.

You can watch the event – curiously titled – “California Streaming” via Apple.com, the Apple YouTube channel, and via the Apple TV App on all iOS and iPadOS devices.

Make sure you tune in at 10 AM Pacific Time/1 PM Eastern Time to catch the event. For us mere mortals in India, this translates to 10:30 PM on September 14. 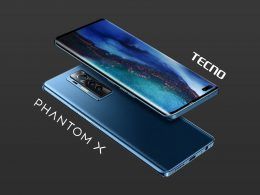 Redmi launched its Redmi K40 Series last year. Now looks like the brand is gearing up for the…
byTeam Oyprice
No comments