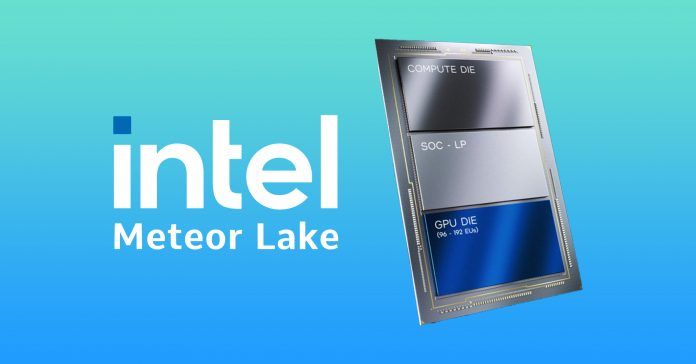 It’s been only a few weeks since Intel announced its lineup of 12th Gen Alder Lake CPUs, with Intel’s 13th Gen Raptor Lake expected to make its debut in 2022. However, various rumors regarding Intel’s 14th gen Meteor Lake CPUs have already started to surface online.

According to the latest reports by Taiwanese news outlet Commercial Times Intel is expected to strike a deal with TSMC to produce it’s so-called graphic tiles for its Meteor Lake CPU’s using TSMC’s 3-nanometer process.

These so-called graphic tiles are speculated to be repackaged by Intel on a single die with its in-house compute tiles to manufacture its Meteor Lake processors.

This seems to be accurate as it’s in line with earlier reports that claimed that the Intel Meteor Lake would separate its various components, namely the graphics, I/O, and compute, into separate chiplets, termed as “tiles,” which would be combined by using a new packaging method called Foveros.

While the new packaging method also suggests each of the “tiles” that will combine are made using different node processes:

Overall, it seems like the 13th Gen Raptor Lake will be a minor update over the recently released 12th Gen Alder Lake CPUs; however, the 14th Gen Meteor Lake seems to be a game-changer, thanks to Intel’s Foveros packaging technology.

We can’t wait to see how these new Meteor Lake chips will compete against Team Red (AMD) when made available to users in 2023.

What are your thoughts on Intel working with TSMC to produce graphic chips for its upcoming Meteor Lake CPUs? Let us know in the comments below. Until then, stay tuned to Oyprice and subscribe to our YouTube channel. Also, follow us on Telegram, Facebook, and Twitter.