The highly awaited Karakin Map has arrived in PUBG MOBILE’s latest content update, bringing all-new gameplay mechanics and weapons to the arid rock-filled coast, promising explosive action. The new devastating Panzerfaust rocket launcher and Sticky Bombs are also introduced in this lightweight, tension-filled map. The new Demolition Zone and Thin Wall Bullet Penetration mechanics, which allow players to kill entire areas of the world, add an exciting new layer of strategic gameplay to the arsenal. The free content update for PUBG MOBILE Version 1.3 is now available on the App Store and Google Play Store. But If you want to update/Download the game in India click on this link and install the game without any VPN.

If a user has already installed the latest patch of the PubG mobile then they may face an error or may not be able to download the Karakin map. A simple solution is to turn on a VPN or a DNS changer and restart the game, once the game is restarted the user will see an in-game update, once the update is finished the user will be able to download the Karakin Map.

Karakin is a versatile and exciting map for 64 players that blends the tension of Miramar with the fast-paced gameplay of Sanhok. It will offer constant challenges to PUBG MOBILE fans. Players can encounter long-ranged rifle battles in the mountains, strategic fighting in the cities, and tension-filled gunfights in the dark underground in this game that offers a variety of combat areas and plenty of hidden areas to discover. The new Demolition Zone brings a new dimension of intrigue to the game. The new mechanic, which is represented by a purple zone on the map, will demolish entire buildings in real-time, forcing players out into the open. Here is a small video of how the spawn area of Karakin looks like:

Thin walls in locations in Karakin can now be penetrated by bullets for the first time in PUBG MOBILE. The indoor combat experience will be greatly improved as a result of this. The new Panzerfaust and Sticky Bomb weapons are specifically developed to take advantage of these new mechanics, ensuring that no two games are ever the same. Here is a video of how the map looks from the plan:

New Mechanic: Demolition Zone – If you find yourself in a purple region on the Mini-map when the alarm sounds, start running! The Demolition Zone inflicts random damage on houses, eventually destroying them and everything inside.

New Throwable Weapon: The Sticky Bomb is a new throwable weapon that sticks to walls and can blow them up, resulting in damaged buildings with new shooting angles and breach points, enabling players to be more inventive when attacking buildings. Sticky Bombs are also important for discovering secret areas in Karakin.

New Weapon Panzerfaust: The Panzerfaust is a single-use weapon that spawns randomly and is a fixed drop from airdrops in Karakin. It deploys rockets that explode on impact, causing damage to players inside the blast zone. The rockets can also cause damage to thin walls and penetrate structures at close ranges. Make sure there are no friendly players behind you, as the Panzerfaust’s strong blowback hurts anyone nearby.

Sticky Bombs and Panzefaust are also useful for finding hidden areas in Karakin:

Using the new weapons player can discover hidden places like this:

As Karakin is launched, the Vikendi Map will be temporarily removed from Classic Mode in PUBG MOBILE. Vikendi can still be enjoyed by players by building a custom room.

The Karakin Map is the most recent addition to the PUBG MOBILE Version 1.3 update, which was released on March 9th and introduced new weapons, vehicles, and mechanics to the game. The update also included PUBG MOBILE’s Royale Pass 18 with the music-themed gameplay mode “HUNDRED RHYTHMS” and a slew of new content. In March, the model was honored with a collaboration with three world-renowned DJs to commemorate PUBG MOBILE’s third anniversary.

If you are struggling to level u in BGMI. Then there is no need to worry as you are at the right place. In this article we will talk about top 3 techniques to level up rapidly in BGMI.
byKeval
No comments

How To Get Free Diamonds in Free Fire? Step-By-Step Guide 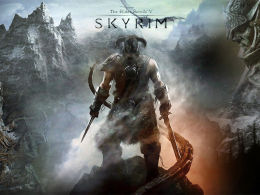 If you play Skyrim then this article is for as here is the list of top 10 best Skyrim mods that you can use to get batter graphics.
byKeval
No comments