Google Pixel Watch got Bluetooth SIG certification. It might come in 3 variants. And it will run on WearOS.

The Bluetooth SIG has certified 3 new models for Google LLC named “GWT9R”, “GBZ4S”, and “GQF4C”. These models are entitled as “BT Wearable Design-Controller Subsystem”. Many Tech experts are believing that this certification is for the upcoming Google Pixel Watch. It also indicates that Google might launch its upcoming Pixel Watch in 3 different variants.

However, we don’t know how these models will be different from each other. As there might be differences in size, regional availability, or connectivity features. If the watch adheres to the patterns established by Google’s Pixel phones then the differences in cellular bands are more likely.

It will be interesting to see what Google is going to offer with its first smartwatch. But for that, we will have to wait until we get more information regarding the upcoming Google Pixel Watch. Till then express your thoughts about the Pixel smartwatch in the comments below. 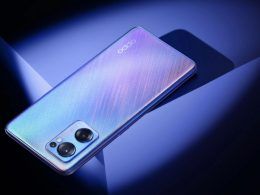 Oppo Reno8 could be the first phone to launch with Snapdragon 7 Gen 1 SoC.
byVicky Kumar
No comments