Thanks to M. Brandon Lee, who has constantly been voicing the leaked data he receives from his sources, we have the expected US pricing of the Google Pixel 6 lineup from Target’s inventory.

At least for the standard Pixel 6, the pricing seems very attractive as it offers excellent value at USD 599. Google might be minimizing profits to get a better market share. We are just a day away from the launch event, which is long-awaited from the day Google first revealed its Pixel 6 lineup back in the first week of August.

Google’s Pixel devices have usually been leaked to a great extent every year, revealing most of the device specifications, and it has been the same this year around, too. Most of the hype around the Pixel 6 series devices this year is because, for the first time, Google will be using its “Tensor” SoC. The Tensor chip is expected to be a flagship SoC, and the Pixel 6 pricing is almost out; this might be one of the most affordable flagships out there.

Google has already leaked a lot about the Pixel 6 lineup. We know significant specifications, the phone will also come with higher charging speeds, and it’s also on display in an NYC store. You can even download the Pixel 6 wallpapers both in light and dark themes.

With all of this information already out, let us know your thoughts on the Pixel 6 lineup, and do you plan to get one? Until then, stay tuned to Oyprice and subscribe to our YouTube channel for regular news and updates. 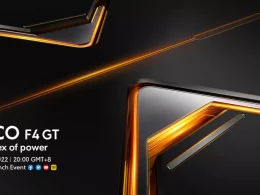 Oppo is expected to launch the awaited Find X5 series at the MWC 2022 event, which is scheduled…
byVicky Kumar
No comments