The Google Pixel 6 and Pixel 6 Pro are confirmed to launch later this year. Earlier this month, the company gave us an early look at the next-generation Pixel phones. We know how the Pixel 6 and Pixel 6 Pro look like but the specifications are vague at this moment. Thankfully, folks at XDA managed to pull off some important camera details from the Android 12 Beta 4 code. According to the report from XDA, the Google Pixel 6 series will have a 50-megapixel wide-angle camera.

Google recently released the Android 12 Beta 4 build that brings changes to several Google apps. The updated Google Camera app which came with Android 12 Beta 4 has a string of code “gn1_wide_p21”. Here ‘gn1’ refers to Samsung’s 50MP ISOCELL GN1 sensor, ‘wide’ for wide-angle, and the ‘p21’ for Pixel 2021 phones, which are Pixel 6 and Pixel 6 Pro. So, combining all this information, it looks like the device will sport a 50MP Samsung GN1 ultra-wide camera sensor.

The image sensor used here was announced by Samsung last year. It supports Dual Pixel autofocus. It seems like Google will replace Sony’s IMX363 with Samsung’s 50MP GN1 sensor at least for the Pixel 6 series. The company has been using Sony’s IMX363 sensor for a very long time on their older Pixel phones.

Twitter user @CStark_27 managed to find a piece of code that reveals some more details about the Pixel 6 series. The code reads “g5123b” which reportedly belongs to Samsung’s Exynos Modem 5123. It is a 5G modem that has been used in Exynos-powered Galaxy S20 and Galaxy Note 20. The modem has reference to Pixel 6 series phones.

Google Pixel 6 series is officially confirmed to be powered by an in-house Tensor chip. Rumors are that Google’s Tensor chip might be an unreleased Exynos chip. Samsung’s Exynos 5G modem linking to the Pixel 6 series adds some weight to the rumor.

A separate report from XDA Developers reveals that the Pixel 6 series will be made available in at least these 8 counties which are – Australia, Canada, France, Germany, Japan, Taiwan, the UK, and the US. It is based on the fact that the product pages have already gone live in these regions.

These Upcoming Phones from Realme, Oppo, and OnePlus will Support 125W Fast Charging

Fast charging was initially an essential aspect of high-end phones. Later, it expanded to the mid-range segment, and…
byVicky Kumar
No comments OnePlus 9RT is expected to launch as early as this month. The company has already confirmed that there…
byVicky Kumar
No comments 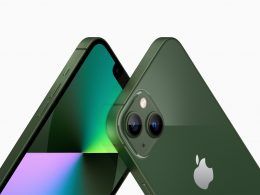