In terms of camera, the Pixel 6 rocks a dual rear camera system with 50MP wide and 12 MP ultra-wide sensors while having an 8MP camera on the front. While, on the other hand, the Pixel 6 Pro rocks a triple camera system on the rear, with 50MP wide, 12 MP ultra-wide, and a 45MP telephoto sensor, as opposed to the Pixel 6, which has only the first two sensors. While on the front, the Pixel 6 Pro features an 11.1MP selfie camera. Additionally, other camera features such as Magic Eraser and Motion Mode will be available on Pixel 6 and 6 Pro.

Apart from this exclusive feature only available on the Pixel 6 Pro, Google has introduced many new upgrades to both models; both the models now come with Corning Gorilla Glass Victus on the front and back for enhanced protection.

Google has also introduced many new security features baked into the Android 12 operating system and the hardware. Both devices come with an under-display fingerprint scanner and the newly upgraded Titan M2 security chip, with a new Google Tensor security core on the hardware level, with a promise of 5 years of security updates.

Overall, both the Pixel 6 and 6 Pro seem like solid contenders ready to take on other flagship devices in terms of looks as well as performance. We are very excited to see what Google Tensor has up its sleeve and how it compares to other flagship processors from the likes of Qualcomm as well as Apple.

What do you think about the new Google Pixel 6 and 6 Pro? Let us know in the comments below. Until then, stay tuned to Oyprice and subscribe to our YouTube channel for regular news and updates.

Samsung is expected to bring a new member to the Galaxy M-series soon, dubbed Galaxy M52 5G. The…
byVicky Kumar
No comments 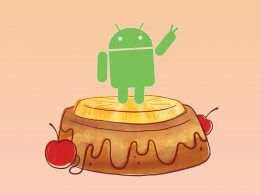