The Google I/O 2021 begins next week with the launch of Pixel 5a. For the past couple of generations, Google has been playing it safe with the Pixel series, but it seems that the company is now able to spice things up in the smartphone world again this year. A recent leak purports to display renders of the imminent Pixel 6 and Pixel 6 Pro smartphones.

This year, the Pixel 6 and Pixel 6 Pro will be released by Google, and the “XL” tag will be discontinued. The two phones would have the same appearance but vary in size and a few specifications. The Pixel 6 is smaller and has dual cameras, while the Pixel 6 Pro would be larger and have triple rear cameras. A new camera bridge has been added to the flagships, which protrudes considerably from the rear. The dual-tone finish is also visible here, with an orange stripe on top and a white/peach color on the bottom, separated by the camera module.

If these latest leaked renders are to be believed, the Google Pixel 6 and Google Pixel 6 Pro will debut with a stunning design. Jon Prosser, a well-known leaker who specializes in Apple-related reports, has revealed some exclusive information about the imminent Pixel flagships. The leaks showcased the Google Pixel 6 and Pixel 6 Pro prototypes on his Front Page Tech YouTube channel, using renders co-created by Ian Zelbo (@RendersbyIan). According to the photos, Google is aiming for a brand different look for the next generation of Pixel phones, illuminated by a special ‘camera bridge,’ while keeping the dual-tone looks of previous Pixel phones.

Also Read: The Google Pixel 6 Could get this Game-Changing iPhone 12 Feature

The Pixel 6 and Pixel 6 Pro will feature a punch-hole camera in the center and an in-display fingerprint reader on the front. In the renderings, the bezels seem to be very thin, although the finished product may have more visible boundaries. The designs seem to be genuine, despite their radical existence, as they have been confirmed by another well-known tipper, Max Weinbach. We don’t have any information on the Google Pixel 6 and Pixel 6 Pro specifications. According to rumors, Google will use chips that it co-developed with Samsung.

The Snapdragon 888-powered GT was released in the first week of March, followed by the GT Neo a…
byTeam Oyprice
No comments

In India, the Realme 7 Pro and Realme 6 Pro smartphones are now getting Android 11 updates. After…
byTeam Oyprice
No comments 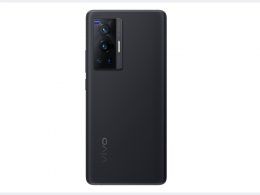 Highlights: Vivo Y52s has been officially launched in China. Vivo Y52s will be powered by MediaTek Dimensity 720chipset.…
byTeam Oyprice
No comments