Samsung has enhanced the TECHTOBER since they have now sent out invites for their Galaxy Unpacked Part 2 event. This event is scheduled on October 20, right after Apple’s Event on 18th and Google’s Pixel event on 19th. The event will be at 7:30 PM IST/10 AM EST.

The invite for this year’s event emphasizes software customization, which could be the main theme. It is still a “Galaxy Unpacked”, so we can expect new Galaxy devices or newer generations of existing ones. Samsung Newsroom has also been posting some things that further strengthen this speculation:

“Our users are multifaceted and live life in so many colorful, interesting, and unique ways. As such, the technology they use every day should reflect their individuality. Join Galaxy Unpacked Part 2 on October 20 to see how Samsung is opening up new experiences for self-expression through technology.”

The customization options seem to be software and UI features, but the invite also shows various pastel colors. This could also mean that their newly announced Galaxy Z Flip3 and Galaxy Z Fold3 get new colors which is a common occurrence at Samsung.

As for which smartphone will be launched, the only device that makes sense is the Galaxy S21FE or ‘Fan-Edition’. This was started last year wherein Samsung launched an inferior model of the S20 lineup for a much affordable price but the same overall specifications. This seems unlikely since we have seen reports of Samsung aiming for a January launch of this device mainly due to the ongoing chip shortage.

The Galaxy Unpacked event will be exciting, and we are in for some surprises and shocks! 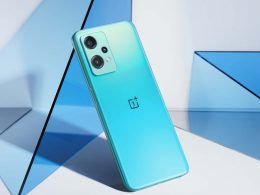 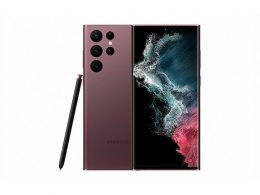 Galaxy S22 Ultra's 1TB variant has been announced in India to fill all your storage needs.
byVicky Kumar
No comments