Introduction of a Zero Build Mode Implies That a Dedicated Build Mode is in The Works.

It’s been Just a week since Fortnite’s latest season announced that it will be removing building; its most iconic feature which let players build defensive outposts. However, it looks like its developer Epic Games aims to make this change an even more permanent part of the game with the latest March 29 hotfix that introduces a dedicated Zero Build Mode Along with a few other things.

The new Zero Build Mode seems to be a combat-focused option where players can’t gather resources to build defensive outposts instead to balance this out, players now have an additional shield called an “overshield” for defence, making for a faster-paced experience.

As of now, the Zero Build Mode is available to play across solo, duos, trios as well as squad modes, whereas, the standard battle royale mode isn’t accessible anymore in the game. This implies that a dedicated building mode might be in the works, but Epic is yet to specify how or when that might be happening.

Besides the new Zero Build Mode, the latest hotfix also introduces a couple of weapons including the Anvil Rocket Launcher that can be used to take down vehicles as well as two new MK-Seven and Combat assault rifles, out of which only one rifle will be making its way to the loot pool after the trial period ends as a part of it’s “BARS FOR ASSAULT RIFLE” voting mechanism.

Also Read: Call of Duty is Rumoured to be Making its Way to the Nintendo Switch

What do you think about having a dedicated Zero Build Mode in Fortnite? Drop your thoughts in the comments section below. Until then join us on Telegram, Twitter or Facebook and stay up to date with the latest happenings in the tech industry. 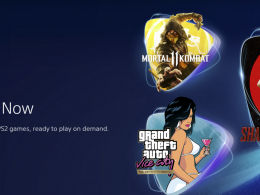 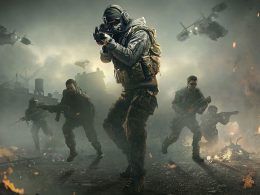 The Call of Duty Modern Warfare 2 First Logo Revealed along with a small animation. It will not be Xbox exclusive.
byKeval
No comments