Alien Artifacts are a new collectable currency, similar to Gold Bars from previous seasons. Unlike the Bars, these artifacts have a specific purpose: they allow you to customize Kymera, the first unlocked skin in the Chapter 2 Season 7 Battle Pass.

You can customize the Kymera skin by modifying its head form, eyes, skin color, and more using artifacts collected from across the island. Most of the upgrade options cost between two and seventeen artifacts.

Alien Artifacts may be found by simply exploring the island, with new Artifact spots being added every week ensuring that the players remain involved in completely personalizing their Kymera. There are five Alien Artifacts to discover in Week 5 at the key places listed below.

Week 5 has five Alien Artifacts that players may anticipate discovering. Each Alien Artifact will add four more Alien Artifacts to the player’s inventory, giving them a total of 25 to find. This does not include any Cosmic Chests that may be found randomly throughout the island during any given round of Battle Royale. The Alien Artifacts for Week 5 can be found at the following locations:

How many artifacts have you collected? Let us know in the comment section underneath. Stay tuned to our page by subscribing to our newsletter down below, and don’t forget to join our telegram channel for regular news and updates. 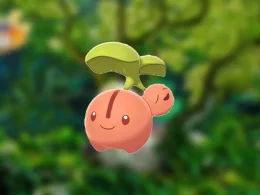 How to Catch Shiny Cherubi in Pokemon GO?