FIFA 22 will be available for EA early play access trial starting September 22, following that Ultimate Edition Early Access on September 27, and It will release on October 1 for all. 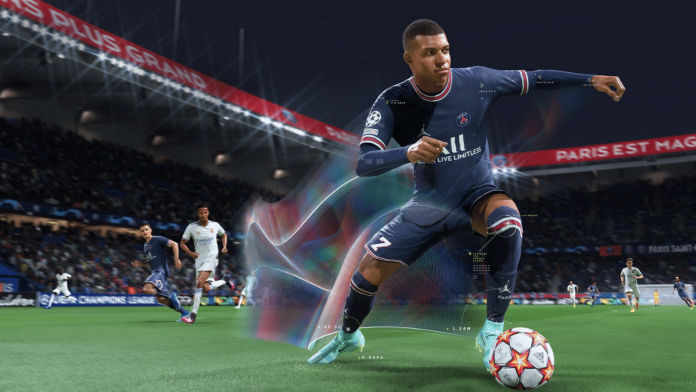 FIFA 22 New Features and Release Date Revealed– EA Sports has officially announced their most awaited title FIFA 22 via a teaser. The game is all set to launch on October 1, 2021, featuring Saint-Germain’s striker Kylian Mbappé as the cover star.

The teaser highlighted new features, which include a HyperMotion animation system exclusive for console gamers, a new game engine, and many more. Let’s take a look at what to expect from FIFA 22.

The HyperMotion has combined an advanced 11 vs 11 Capture System, which enables “22 professional players at high intensity.” And EA’s proprietary machine learning technology, which allows the game to create “new animations in real-time to create organic football movement across a variety of interactions on the pitch.”

This HyperMotion animation system focuses on key areas like:

In terms of top-level football, FIFA 22 will be quite comprehensive. as the game will feature over 17,000 players across over 700 teams in more than 90 stadiums and 30 leagues. FIFA 22 will also include such competitions as the UEFA Champions League, UEFA Europa League, brand new UEFA Europa Conference League, Premier League, Bundesliga, LaLiga Santander, CONMEBOL Libertadores and CONMEBOL Sudamericana.

FIFA 22 will release this fall on October 1 and will be supported on both previous and current-gen hardware. This includes PlayStation 5, Xbox Series X, PlayStation 4, Xbox One, Stadia, and PC. You can currently pre-order the game from EA’s website for all platforms.

Are you excited about FIFA 21? Let us know in the comment section underneath. Stay tuned to our page by subscribing to our newsletter down below, and don’t forget to join our telegram channel for regular news and updates.

Aum Vyas
Aum is following his passion for learning about modern technologies, and when he is not busy you can always find him coding and learning about Linux. He also loves to read books about Sci-Fi, play video games, watch sitcoms, and listen to progressive house music.
RELATED ARTICLES
Games

According to news, the official League of Legends tournament upcoming matches will be played in a non-spectator mode, and some matches will be adjusted...
Read more
Games

PlayStation Plus players will be getting access to download and play some of the most amazing games for free in August 2021. Last month...
Read more
Games

PlayStation Plus players will be getting access to download and play some of the most amazing games for free in August 2021. Last month...
Read more