The launch of FAUG in India earlier this year was greeted with great fanfare. The game itself was a soggy squib, with complaints about the combat, graphics, and missing features. Developer nCore Games promised that Team Deathmatch mode would be added eventually, and we got our first look at it today thanks to a tweet. FAUG Team Deathmatch mode will be available for beta testers on June 21st, according to the announcement. In addition, the FAUG multiplayer mode will include one seemingly obvious feature that should have been included from the start: guns.

On June 21st, the FAUG Team Deathmatch beta will be released.

Although there isn’t much actual gameplay footage in the teaser, we do get to see a variety of weapons, including scoped bolt-action rifles, submachine guns, fully automatic rifles, and grenades. While the teaser only shows one arena set in an urban setting, we can hope for more in FAUG multiplayer. FAUG, on the other hand, requires a Battle Royale mode in order to be a true PUBG Mobile replacement. There is no word on when the Battle Royale mode will be available in FAUG. The developers have also been quiet on the subject.

Even if FAUG gets Battle Royale, TDM, and other features, it will be too late, as PUBG: New State is just around the corner. Instead of jumping ship to a hastily cobbled-together alternative, former PUBG Mobile fans will prefer a sequel to a game they already know and love. Apex Legends is also coming to Android and iOS, putting even more pressure on the mobile battle royale genre. 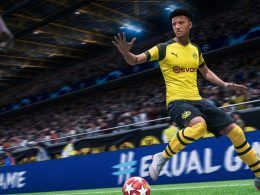 EA Sports is going to change the name of its popular soccer game. As company is going to remove the "FIFA" branding from it's title.
byKeval
No comments