FAU-G Independence Day Update – On the celebration of India’s 75th Independence Day on 15 August, Ncore Games published a new update on FAU-G. The update brings some interesting new features and modes to the made-in-India action title. Let’s take a look at the update.

The latest update added the following modes and features to the game’s arsenal:

The new 1v9 deathmatch mode is an expansion of the game’s team deathmatch mode, which debuted a few months ago. As the name implies, the new mode matches players against one another in a fast-paced deathmatch style with only one winner.

The new operator “Dhillon” is also added to the battlefield in this new update. However, the new operator does not have any unique skills as Ncore Core previously stated

“That depends if we want to make FAU-G operators or weapons (guns) as the central element to player growth in the game. We are exploring the design possibilities of having unique operator skills/ perks. We want the meta to gel well with the core loop. We will be sharing more info on this soon. But the possibility is definitely open.”

Furthermore, the game’s original soundtrack, which includes six tunes, has been made available to the general public via the developer’s YouTube page. While the new 1v9 mode may add to the essential gameplay, it wouldn’t be a surprise if future updates expanded on the storyline.

With BGMI booming the current smartphone gaming industry, FAU-G needs to up their game to compete with BGMI. 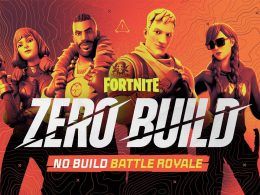 Introduction of a Zero Build Mode Implies That a Dedicated Build Mode is in The Works.
byAyush Patel
No comments

The next generation of Forza racing, Forza Horizon 5, has now officially been launched. We have already seen…
byTeam Oyprice
No comments