FAU-G release in India has a high hype after PUBG Mobile got ban to replace the game. However, developers of FAU-G has clarified that it is not a PUBG Mobile clone, the game is a third-person brawler. nCore games which are based in Bengaluru revealed that the FAU-G will launch in India by ending of November 2020. But, Technical Guruji a popular YouTuber claimed that the FAU-G will release on November 26th. As the end of November 2020 is here, the game is yet to be launch, which brings up a question, is the release of this game been delayed?

Last month, nCore Games tweeted that FAU-G would launch in India in November. The Game developer even releases a teaser to show off the game’s graphics and gameplay style, which suggested an imminent launch. Recently, Technical Guruji revealed on YouTube that the game would release on Thursday, 26th November, but that didn’t happen, and there are few days left before November ends, and yet there is not a word about FAU-G launch. This means the game is not ready to be released yet.

FAU-G (Fearless and United Guards) is a third-person brawler game and not a battle royal game( not at the time of launch). The founder and chairman of nCore Games Vishal Gondal revealed that the game will not feature any Guns in order to offer a realistic gaming experience. The game will have a level which will take place in Galway valley, the game will offer a single-player and co-operative multiplayer option. The developer has a plan of adding a battle royal mode to the game in near future.

How to get Gloo Wall Skin in Free Fire for Free?

In this article we will talk about methods from which you can get free Gloo wall skin in Free Fire.
byTeam Oyprice
No comments 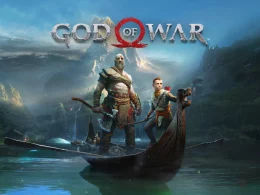 The God of War Series Could Land on Amazon Prime Video Before The End of 2022.
byAyush Patel
No comments