Facebook is Bringing Voice and Video Calling Back in its Main App From Messenger – Facebook is testing the addition of voice and video calls to the main Facebook app. The features are currently available in the separate Messenger app, which Facebook split from its main app in 2011 and officially removed in 2014.

Previously, Facebook users could only make voice and video calls to other users via Facebook’s standalone Messenger app when on mobile, but the testing will allow some accounts to make these calls via the main app.

According to Connor Hayes, Messenger’s director of product management, Facebook is beginning to think of Messenger as a service rather than a standalone app. “You’re going to see a lot more of this over time,” Hayes stated to Bloomberg. He described Messenger as the “connective tissue” that allows people to communicate regardless of which service they use.

Facebook believes that a unified messaging infrastructure will keep users engaged in the Facebook ecosystem rather than switching to alternative services such as iMessage. There’s also a chance that incorporating Messenger into Facebook will face the same backlash as merging Messenger and Instagram direct messaging. It appears to make it much more difficult to break up a massive corporation like Facebook, which may be the goal.

Instagram and WhatsApp are both owned by Facebook, and users have been able to link their Messenger and Instagram chats since September of last year. There is also talk of linking WhatsApp and Messenger chats.

Intel Introduces Its New Names to Its Nodes, Enhanced Superfin Is Now Intel 7

Weeks after Intel made headlines with its latest CPU Sapphire Rapid prototype, the brand has decided to rename…
byTeam Oyprice
No comments 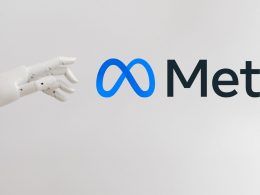 Meta has added a new feature which will allow users to share reels from third party apps. Read along to know more about it.
byTeam Oyprice
No comments

Bypassing time, we have seen many AIoT products which are getting smarter. We have seen smart refrigerators, smart…
byTeam Oyprice
No comments

Xiaomi is Now the Second Largest Smartphone Brand in the World

Xiaomi is Now the Second Largest Smartphone Brand in the World– Xiaomi, the Chinese tech giant has been…
byTeam Oyprice
No comments