Facebook Reveals its First Smart Glasses In Collaboration with Ray-Ban 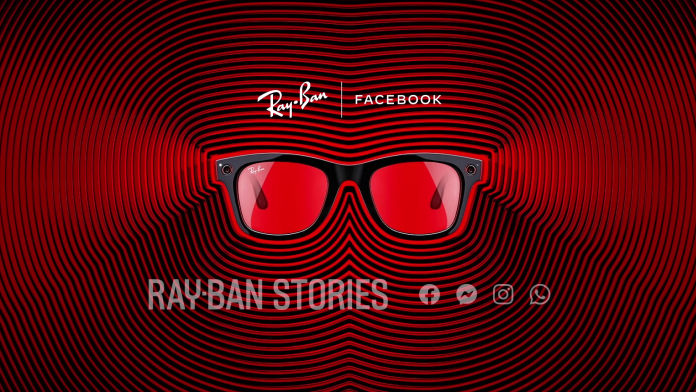 Facebook & Ray-Ban have partnered together to design their first smart glasses called “Ray-Ban Stories”, which will be sold for $299 (Rs 22,000). These glasses can allow the users to listen to music, take calls, record short videos, and capture photos that could be directly shared on various social media platforms provided by Facebook.

The glasses will feature five Mega Pixel cameras on each side that can shoot 2592×1944 pixel photos and 1184×1184 pixel 30 fps videos; a three-microphone array to take calls and record videos; a set of open-ear speakers, and LED light that lights up when you start recording. The glasses would also have touch gestures, as well as voice commands to start or stop recording.

The glasses also have onboard storage, which can save up to 500 photos before filling up.

The glasses would ship with a charging case and a companion app that allows you to see all the videos and photos you’ve captured and share them directly to Facebook, Whatsapp, or Instagram.

Knowing the reputation of how Facebook handles your privacy, has caused many privacy advocates to be worried, with some countries such as Italy asking Facebook for clarification over its data protection measures to protect the privacy of the users of these glasses.

This isn’t the first time a social media company has launched its smart glasses;

Back in November 10, 2016; Snap Inc. the parent company of Snapchat, released its Snapchat Spectacles sold for $130 (Rs 9.562), which did the same thing as the Ray-Ban Stories/Facebook smart glasses except for the music & calling feature.

This was inspired by Google Glasses which was targeted towards professionals and tech enthusiasts, it had similar features to the Snapchat spectacles, except it featured a first of its kind AR (Augmented Reality) display inside the glasses that allowed users to view things that were placed virtually in their surroundings just like Iron Man’s HUD Display, which was sold for $1,500.

All of these glasses attracted tech enthusiasts who wanted to try something new and be on the cutting edge, but these glasses quickly went out of popularity.

And the “Ray-Ban Stories”/ Facebook glasses will meet a similar fate and will go down in history to become a novelty among the tech enthusiasts.