Everything Announced at Google I/O 2022: Google Pixel 6A, Pixel Watch & Much More

Google just wrapped up Goggle I/O 2022, their annual developers conference event, where we usually don’t see a ton of hardware but this particular event, for whatever reason, had a ton of new hardware announcements including the newly launched Google Pixel 6a, Pixel Buds Pro and the upcoming Pixel Watch, Pixel 7 Series as well as a Pixel Tablet that will be available later this year and in 2023 respectively.

That said, here’s a closer look at each and every hardware and software products that were announced yesterday at Google I/O 2022.

Kicking things off with the Pixel 6a, the latest edition of Google’s budget-friendly device which will be up for pre-orders on 21 June at a price of $449 is essentially a watered-down version of the Pixel 6 and offers all its flagship features at an much affordable price tag.

Spec-wise the Google Pixel 6a flaunts a 6.1-inch FHD+ AMOLED display that is held together within an aluminium housing that packs the Google Tensor SoC, 6GB of LPDDR5 RAM, 128GB of UFS 3.1 storage and a 4400mAh battery that supports 18W charging.

Meanwhile, the Pixel 6a’s camera setup seems unchanged compared to the Pixel 5 Series and still offers a dual rear camera setup that consists of a 12.2MP main and a 12MP ultra-wide sensor paired with an 8MP selfie camera on the front. Though old, it now supports many camera features from the higher-end Pixel 6 Series including Magic Eraser, Real Tone, Face Unblur, Night sight and more.

Secondly, Google also unveiled its $199 Pixel Buds Pro that will be up for pre-orders alongside the Pixel 6a on 21 June. The new earbuds from Google which are expected to go head to head against Apple’s AirPods Pro come with support for active noise cancellation (ANC) and a battery that is rated to last around 11 and 7 hours respectively with ANC on and off.

Additionally, Google says that the new Buds will also have a custom hexa-core audio chip that supports Bluetooth multipoint, letting them connect to two devices at once. And much like the Pixel 6a they’ll be available in several colors including, Coral, Fog, Charcoal, and Lemongrass.

Although it’s been only six months since Google released its flagship Pixel 6 Series, Google still gave us a look at the upcoming Pixel 7 and Pixel 7 Pro that will be launching this fall, alongside the Pixel Watch.

The Pixel 7 and 7 Pro, both of which will be powered by the next generation of Google Tensor SoC still retains the signature camera ‘visor’ design from the Pixel 6 with the entire camera bar now being constructed out of polished aluminium which runs into the frame on both the sides, for a more uniform look.

Google, as expected, also gave us a look at its recently leaked Google Pixel Watch which will be the first smartwatch to be developed from the ground up by Google and will be launched alongside the Pixel 7 Series.

Meanwhile, the watch will run an updated version of Wear OS 3 that offers Fitbit integration for improved fitness tracking and a new Google Home app that will allowing you to easily control your connected devices right from your wrist.

Last but not the least, Google also surprisingly treated us with a first look at the upcoming Pixel Tablet which will be launching in 2023. The new Pixel tablet that is set to be powered by a new Tensor chip will most probably be a premium tablet that would compete with the likes of Apple’s iPad and other Samsung Tablets out there.

Although, Google hasn’t shared anything about it specs or pricing, Google says that it’s “designed to be a perfect companion to your Pixel phone” and will be the most helpful tablet in the world. Meanwhile, if we were to go by the short teaser, the upcoming tablet will offer reasonably slim bezels with a single front-facing and a singe rear camera setup and will be powered by an upgraded version of Android 12L which Google has been extensively testing since last year.

The new hardware announcements aside, Google also gave us a look at a few software products including Google’s new AI based tools that will be powering its search engines, Android 13’s second beta, digital car keys/ driving licence and much more.

What do you think about everything announced at Google I/O 2022? Let us know in the comments section below. Until then stay tuned with OyPrice and don’t forget to join us on Telegram, Twitter, or Facebook to stay up to date with the latest tech news.

Samsung launched its latest device – Samsung Galaxy M21 2021 Edition in India on 21st July. Some of…
byTeam Oyprice
No comments 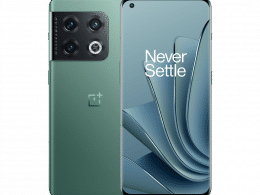 OnePlus 10 smartphone key specifications leaked online. It will come with Snapdragon 8Gen1+ or Dimensity 9000 chipset. Along with 150W charger.
byTeam Oyprice
No comments