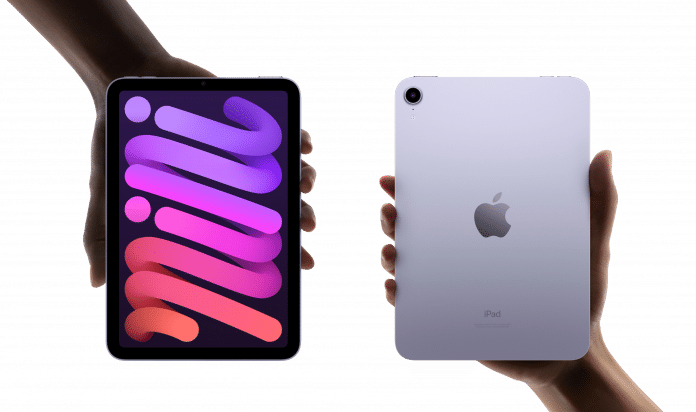 Apple has finally revealed its new generation of iPad mini after 2 years since the last model was released in 2019.

This time around Apple has given a complete redesign to the iPad Mini, which now has rounded and thinner bezels just like its bigger brothers iPad Pro & iPad Air, and comes in a new array of finishes, including space grey, pink, purple, and starlight.

The iPad Mini will now support Apple pencil and will have a TouchID on the power button, as well as a USB-C port instead of a Lightning port.

In terms of processing power, the iPad mini will be up to 50% more powerful than its predecessor, thanks to the new A15 Bionic chip with six-core CPU and five-core GPU.

The iPad Mini will also feature an all-screen design with a 21.08-centimetre (8.3-inch) Liquid Retina display with a P3 wide color gamut, True Tone, and 500 nits of brightness.

It has upgraded cameras, mainly the focus being on the front camera, which would now feature a 12MP ultra-wide camera with a 122° field of view which can be used for center stage like the other iPads. The rear camera is a 12MP camera now with support for 4K videos.

The iPad Mini really complements the existing lineup of iPads provided by Apple. We will have to see if the normal iPad also gets this new redesign next year or not.

Until then, What do you think about the new iPad Mini? Let us know in the comments below. And stay tuned to Oyprice and subscribe to our YouTube channel for regular news and updates.

The best drone with a 4K camera that you can buy right now in India in 2021 is The Dji Mavic Mini 2. It...
Read more
Tablet

Smartphone maker Nokia has officially announced the date of their upcoming launch event. The invite gives us a lot of information about what could...
Read more
Apple

Smartphone maker Nokia has officially announced the date of their upcoming launch event. The invite gives us a lot of information about what could...
Read more

Apple's latest flagship phone, the iPhone 13 Pro Max starts at a whopping $1099. Here is how it compares to the brand's previous flagship,...
Read more
Load more