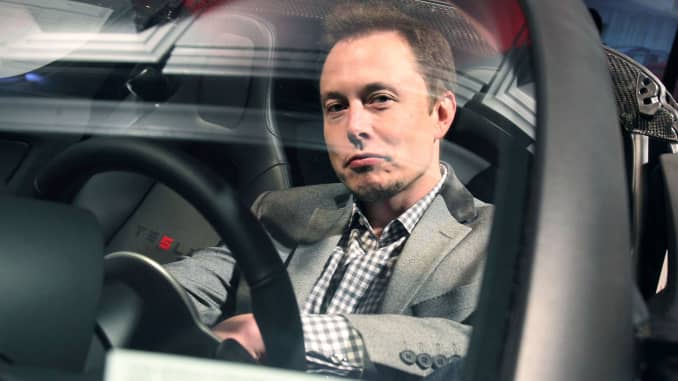 It was just in November that Elon Musk had surpassed Bill Gates as World’s Second Richest Man, and it is yet again that he broke records and entered 2021 with a bang! The Tesla owner overcame Jeff Bezos as the world’s richest man on Thursday with his net worth of around $188 billion. The credit of this new accomplishment majorly goes to the surging prices of the Tesla stock.

Musk’s reply to this latest accomplishment was a mere “How strange,” followed by “Well, back to work …”

Now sitting at the second position, Bezos’ wealth stands at about $187 billion. People believe that this small defeat might be stinging to Bezos since there has been a long rivalry – centered around their respective businesses- going on between the two tech magnates since years.

In fact, Bezos envy went back to when Musk secured a 1.3$ billion incentive package for Tesla’s Gigafactory in Nevada. This also resulted in a search for Amazon’s second headquarters. Moreover, Bezos also has a spaceflight company in Blue Origin, quite similar to Musk’s SpaceX, regarding which there some grapples took place between the two. Unfortunately for Bezos, SpaceX won that fight and became the only one of both companies to reach orbit successfully.

This can be considered a mighty feat for Musk since he passed Bill Gates only in November and it only took him a period of less than even three months to overcome Bezos as well. As discussed in the previous article, Musk added more than $100.3 billion to his overall net worth in 2020 solely. The credit to all of this goes to Tesla stock prices, as Musk owns a huge part of the company’s stock which is almost 20%. 2020 added a lot of value to Tesla’s share price, thus accumulating almost 150$ billion in Musk’s personal wealth.

Musk has not stayed back in taking credit for the same, as he boasts of pulling the company out of “production hell.” A major contribution to Tesla’s increasing share prices also goes to the company’s new affordable models like the Model 3 sedan and Model Y SUV. With these new pocket-friendly electric vehicles, Tesla caught the attention of its audience and also that of retail investors who overcame their skepticism regarding Tesla’s story.

However, though Musk may be the richest man on Earth keeping in mind money-centered outlets such as Forbes and Bloomberg, which mainly focus on calculating knowable assets, leaders like Mohammed bin Salman and Vladimir Putin are very wealthy personally in unconventional ways that can’t be calculated, not adding their access to the wealth of their respective countries.

Share
Facebook
Twitter
Pinterest
WhatsApp
Linkedin
Telegram
Previous articleOnePlus on the verge of launching its smart wearable next week
Next articleWhat Is Parler And Why Is It Getting Suspended On App Store and Play Store?

Khushi Lokapurhttps://khushilokapur.wixsite.com/website
Khushi is currently studying Business Administration but her zeal for learning new things and passion for writing brought her to Oyprice. Apart from writing content, she also heads Oyprice's social media team and is continuously looking for opportunities to expand the horizons of her knowledge. In her free time, you'll find her playing video games, cooking, or in a deep existential crisis.
RELATED ARTICLES
Technology

Apple revealed its new M1 Max and M1 Pro Chips for the MacBook Pro back in October, and it hasn't stopped amazing us since...
Read more
Technology

Apple revealed its new M1 Max and M1 Pro Chips for the MacBook Pro back in October, and it hasn't stopped amazing us since...
Read more