In a recent TED Talk Elon Musk who offered $42 billion to buy Twitter stated that he doesn’t care about the economics of acquiring Twitter.

Elon Musk stated this morning that he has made an offer to purchase Twitter for $43 billion. He recently purchased 9.2 percent stake in the company for $3 billion and then denied a board position. Interestingly, the controversial CEO of Tesla and SpaceX was already set to talk at the TED2022 conference, a discussion that was so popular that TED made the Livestream available to the public.

TED CEO Chris Anderson quickly asked Elon why he made an offer to buy Twitter in the opening question of the event. I believe it is critical that there be a safe space for free expression. Twitter has evolved into a de facto town square. So it’s critical that people have both the fact and the idea that they can speak freely within the confines of the law. He said this after jokingly attempting to avoid the issue by discussing the film “Ted,” which features a talking bear.

Anderson noted that Musk considers himself a “free speech absolutist.” Musk realizes that Twitter must follow US laws. He believes, though, that if someone you don’t like is allowed to say something you don’t like, then we have freedom of speech and expression. After all, disagreeing with someone on Twitter is not against the rules, but the rules do prohibit things like hate speech, targeted harassment, and COVID-19 falsehoods, so it’s unclear what type of adjustments Musk would want to make to the platform’s regulations.

He stated that he wants Twitter to comply with the laws of the country in which it operates. which is similar to the strategy taken by platforms such as Parler and Truth Social. He went on to say that he feels it’s fine to put users “in time out,” but that permanent bans are counterproductive. Musk went on to say that he wants Twitter’s code, including its algorithm, to be publicly available on GitHub.

Several legislators in the United States have asked for increased transparency about social media algorithms. Particularly in light of former Facebook employee Frances Haugen’s document disclosures, which demonstrate that Facebook prefers content that is more likely to cause rage.

Elon Musk wants to decrease the spam on Twitter

My primary objective would be to eliminate the spam and fraud bots, as well as the bot armies that exist on Twitter,” he stated. They’re degrading the product significantly. He further stated. Concerning the hotly debated edit button, he proposed that it would only be available for a limited time after a Tweet was sent. He speculated that if a tweet is edited, it may lose all of its likes and retweets. However, this would effectively serve the same goal as simply deleting a tweet and creating a new one.

It remains to be seen whether Twitter will accept Musk’s $43 billion offer. Despite the fact that Elon Musk stated that he has “sufficient assets” to make the purchase. Now, the ball is in Twitter’s court. However, The Information stated that Twitter is set to reject the offer. In that situation, Musk has previously told the audience that he has a backup plan in place. which he declined to elaborate

Elon Musk said that “This is just my gut feeling that having a public platform that is fully trusted and broadly inclusive is critical to the continuation of civilization.” After that, he further stated that “He doesn’t care about the economics.” Musk stated that he was “obsessed with truth” as a child and that he studied physics to “understand the truth of the cosmos.”

In some ways, Musk appears to view his entrepreneurial endeavors through this lens: SpaceX seeks to explore the unknown, Tesla seeks to push for more sustainable transportation, and Twitter… is an agent for unmitigated chaos on a platform where he wants to say, “Do whatever you want as long as it’s not illegal?”

Geopolitical issues between major countries be it China vs TSMC's home country Taiwan or Russian Invasion of Ukraine are pushing TSMC to grow overseas.
byAyush Patel
No comments

Twitter Requests Additional Time to Comply with New IT Rules 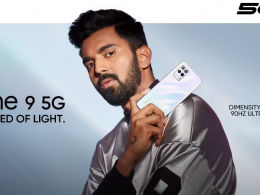 Realme just launched their new Realme 9 5G and Realme 9 5G SE smartphones in India. Read along to know its price, availability and specification.
byKeval
No comments