The Upcoming Diablo Immortal Brings in Support for Cross-Play Along With Cross-Save.

Blizzard, a game developer who is know for its popular MMO RPG game Diablo has finally disclosed the release date of Diablo Immortal, its upcoming mobile game based on the popular gaming series which originally entered the development phase back in 2018.

The new game which surprisingly will also be making its way to PC alongside Android and iOS on June 2nd, was announced during Blizzard’s Diablo Immortal livestream, where game director Wyatt Cheng revealed a few new details about the upcoming game.

The PC version of the game that supports various game controllers as well at traditional mouse and keyboard with a new WASD control scheme, was also announced to offer support for cross-play and cross-save on all supported devices, allowing players to instantly jump between PC and mobile without any hitch.

Additionally, it should be noted that, unlike the mobile versions of the game, the PC version will be an open beta test wherein users will still be able to access all game content and features, albeit with some bugs. However, as a matter of relief, users will be able to carry forward their game progress to the final version without any worries.

That said, Diablo Immortal will be an online-only free-to-play MMO RPG game set after Diablo II: Lord of Destruction and will introduce new characters, storylines, and additional content as part of a “living, breathing, and constantly evolving experience” a signature feature related to this genre of games.

Also Read: Microsoft is Rumoured to be Planning to Include Advertisements in Free-to-Play Xbox Games

What do you think about the upcoming Diablo Immortal? Let us know in the comments section below. Until then stay join us on Telegram, Facebook, and Twitter to stay up to date with the latest happenings in the tech industry. 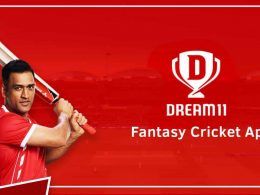 A new online multiplayer battle royale game from nintendo has been announced. Pac-Man 99 will be included with…
byTeam Oyprice
No comments In a recent weblog of Riot Games on their website, the developers behind the Valorant disclosed their future…
byTeam Oyprice
No comments