CPU-Z, Now Supports New CPUs & APUs From AMD, Along With the Next Intel Chip Family.

With AMD and Intel both set to launch their newest desktop architectures by the end of this year, the popular system profiling and monitoring application has already added support for the upcoming AMD Ryzen 7000 ‘Raphael’ and Intel 13th Gen ‘Raptor Lake’ CPUs with the most recent update.

First and foremost, AMD’s upcoming Zen4 based Raphael will be AMD’s first DDR5 and PCIe Gen5 enabled platform, which necessaciates a new socket, which means that it might still take some time to ensure those new CPUs are fully supported.

Additionally, the changelog also confirms that AMD Raphael 7000 series will be an APU (Accelerated Processing Unit) with built-in graphics. This suggested that it will come with an RDNA2 iGPU as suggested by previous reports.

As far as the upcoming Intel 13th Gen Raptor Lake CPUs are concerned, the new update accounts for the introduction of new Raptor Cove based P-Cores, supposed increase E-Core all while ensuring that new overclocking and power delivery features are fully supported.

Besides the upcoming CPUs, the new CPU-Z update also adds support for new and upcoming GPUs including Radeon 6800S/XT series, Intel Arc A-Series GPUs, desktop RTX 3090 Ti as well as the first discrete GPU from Chinese CPU developer Zhaoxin, which will all be reported under the graphics tab, as you would normally find them. You can find the full changelog over at CPU-Z’s website.

That said, the update gives us a few hints as to what shall we expect from the upcoming Intel and AMD CPU’s and makes CPU-Z ready for nerds and overclockers who like to tinker around with their PCs.

What do you think about Intel and AMD’s upcoming processors? Let us know in the comment section below. Until then, join us on Telegram, Facebook, or Twitter and stay up to date with the latest happenings in the tech industry

OnePlus is Planning to Launch its Own Crypto Wallet 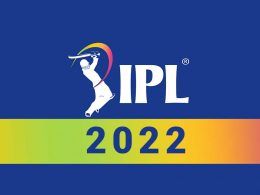 How to Watch IPL for Free?

In this article we will talk about how to watch IPL for free. Read along to know more about it.
byTeam Oyprice
No comments