The much anticipated Call of Duty is finally coming to the Nintendo Switch. Read along to know more about it.

World at War, Call of Duty 1 & 2 – backwards combatability for Call of Duty 4: Modern Warfare Remastered are currently what’s in conversation.

Everything else was described by an associate as “complicated”

As per a reliable video game expert who goes by the Twitter handle @RalphsValve, Nintendo Switch users will receive one of the most cherished Call of Duty games ever in the coming time. That game in question is the remastered version of Call of Duty 4: Modern Warfare. When it was first published in 2007, Modern Warfare quickly became one of the franchise’s most critically lauded titles, sparking a mass appeal that has continued since then. Activision eventually remastered Modern Warfare for current-gen gear in 2016, but because the Switch wasn’t available at the time, Nintendo’s platform wasn’t included.

Activision may be planning to bring Modern Warfare 2 to Switch after all these years. One of several reasons for this release might be that Microsoft, which is set to acquire the Call of Duty franchise in the future, has already expressed interest in bringing the game to the Switch. Considering that the most recent Call of Duty titles are unlikely to operate on Nintendo’s platform, it stands to reason that only earlier iterations of the franchise will be able to make the switch.

Would you play the Call of Duty franchise on Switch if Activision brought more titles to the platform? Let us know in the comment section below.

Airtel Rs. 296 and Rs. 319 Prepaid Plans Have Been Launched in India

Airtel has now expanded its prepaid portfolio and have introduced the Rs. 296 and Rs. 319 recharge plans.…
byTeam Oyprice
No comments

According to news, the official League of Legends tournament upcoming matches will be played in a non-spectator mode,…
byTeam Oyprice
No comments 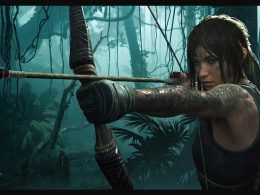