BGMI (Battlegrounds Mobile India’s) first and most-anticipated update is here! – After many rumours and anticipations, BGMI 1.5.0 Update is set to officially rolled out today i.e. July 13 at 7.30 pm IST. The new season, which is Season 20, will begin on July 14.

The update brings a variety of new features to the game, some of which include throwable healing consumables, glass windows, a new drop weapon called MG3, and Ace Master Ranking. Let’s take a look at the details of the latest BGMI July patch.

To install the update, you need to download the latest version of Battlegrounds Mobile India from the Playstore. The procedure is quite simple. After updating the game, the users may again have to wait for some time while loading the game, to allow some more resources to be downloaded. Additionally, the map downloads will also be reset and players will have to manually download some of the maps and resources for a better gaming experience.

One of the most exciting features of the update is the launch of two new guns namely – MG3 (LMG) and ASM – Abakan (AR). The MG3 is an alternative placed instead of the previous M249 machine gun (which is now removed from the airdrop and found normally). Contrary to M249, the MG3 uses 7.62mm ammo. It works on two alternative fire rates which are 660 or 990 rounds per minute and supports up to 6x scope.

On the other hand, the ASM – Abakan would be a normal gun using 5.56mm ammo with Full-Auto, Burst, and Single-Shot modes.

Another small but quirky update includes the introduction of glass windows in Erangel and Miramar maps. These windows can be broken by simply jumping through them, with bullets, or even with melee weapons. However, keep in mind that they make a noise when broken alerting enemies nearby.

Another interesting update is the division of the Ace tier into three new sub-tiers – Ace, Ace master, and Ace Dominator – with respective new badges. Moreover, from the next season, there will be three seasons bound to form a cycle, such as C1S1, C1S2, and C1S3. These seasons will together form a cycle.

Players may now customize the sensitivity level of each gun, copy and edit gun sensitivity, and save their chosen settings to the cloud. For lower-spec budget cellphones, a new graphics option that is less than smooth has also been provided.

In addition, for some new devices, Krafton has included a new 90 FPS option to the frame rate settings. Players may now change gyroscope sensitivity, tilt camera control sensitivity while firing, and reverse the gyroscope’s up and down effect in the game.

The game now features a Do not pick up discarded objects option, which prevents the game from automatically picking up discarded scopes and other items.

Finally, there is an Advance Pick-Up option, which allows players to select and save their favourite weapon attachments. When the player selects the specified attachment, it replaces whatever attachment is presently in use.

A new mode called Mission Ignition has also been added to the Erangel map. The Transit Centre, Georgopol, Tech Centre, and other Erangel locations are included in this theme mode. It also includes the Riot Shield, which prevents shots from passing through.

When will BGMI be Available on iOS?

While Android users have already formed their squads and are working to improve their ranks, iOS users are still waiting for Battlegrounds Mobile India to arrive on their devices. It was rumoured during the Early Access period that the game would be released on iOS with the final edition. That was not the case, though

Kronten Gaming mentioned in a recent webcast that the game could be released for iOS within a week. The game might be released in a few days, as the stream went live on July 11th.

Are you excited about the BGMI 1.5.0 Update? Let us know in the comment section underneath. Stay tuned to our page by subscribing to our newsletter down below, and don’t forget to join our telegram channel for regular news and updates.

Garena Free Fire Redemption Code for April 29, 2022: Today is the day to get Rare Bundles and Emotes

In this article we will talk about Free Fire Redemption code for April 18, 2022. Read along to know more about it.
byTeam Oyprice
No comments 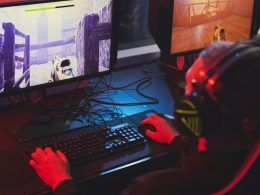 How to Play Games Without Graphics Card? 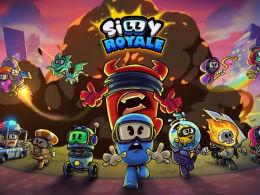