The Battlegrounds Mobile India open beta is now available, according to Krafton. To access the beta testing webpage, please click here. You will be allowed to play an unreleased version of the game in order to report bugs and issues. The beta version, according to Krafton, may be unstable. Battlegroundsindia support@krafton.com is the address to submit your feedback to.

Users may anticipate the public edition of Battlegrounds Mobile India to be released soon after the beta testing ends. It appears that the official game will not be released on June 18th, as previously speculated. Before the public release, Krafton conducts beta testing for a few days to work out any bugs or issues. The game is now expected to be released later this month.

Are you guys excited about the Battlegrounds Mobile India? Let us know in the comment section underneath. Stay tuned to our page by subscribing to our newsletter down below, and don’t forget to join our telegram channel for regular news and updates. 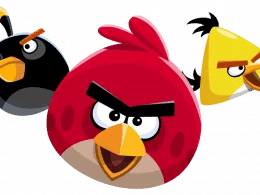 Rovio is going to launch their classic Angry Birds again on Google Play store and Apple app store read. Read along to know more about it.
byTeam Oyprice
No comments

Highlights: FAU-G was going to release on November 26th FAU-G has not revealed its launch date yet FAU-G…
byTeam Oyprice
No comments