-> Alongside the smartphone, Gaming accessories will be launched too.

-> The smartphone along with the accessories will be available for sale via Flipkart.

The Taiwanese company has officially confirmed the ASUS ROG Phone 5 launch in India. According to the company, they will be launching “the ASUS ROG Phone 5 series,” which means that more than one model expected on offer. The company further disclosed that it will launch accessories like gaming headsets alongside the to-be-launch model at the event. A listing page on the internet confirmed that the brand will be releasing the model via Flipkart. ASUS ROG Phone 5 will be the successor to the predecessor ROG Phone 3 which was launched somewhere in 2020. There is not going to be any ROG Phone 4 as the number ‘4’ is somehow considered to be unlucky in Chinese culture.

March 10th is the date decided for The ASUS ROG Phone 5 India launch, with the event allocated for 4:15 pm IST. As per the company’s official website, the launch will be simulcast in Berlin, New York, and in Taipei.

March 10th is the date decided for The ASUS ROG Phone 5 India launch, with the event allocated for 4:15 pm IST. As per the company’s official website, the launch will be simulcast in Berlin, New York, and Taipei. The link for the live stream will soon be available as the event unveiling date draws closer.

ROG Phone 5 is said to have a massive 6.78-inch AMOLED display along with a refresh rate of 144Hz. It is rumored to have up to 16GB RAM backed up by the all-new and powerful Snapdragon 888 chipset. The smartphone also offers up to 512GB of internal storage. Another big flex of this gaming smartphone is going to be the battery capacity- it is hearsay that the phone may have a ginormous 6,000mAh battery with 65W fast-charging support. It may also come with a triple camera set-up with a primary lens of 64MP. Not only that, an additional special button on the back might activate a dedicated gaming mode.

Apart from all this, the models in the line-up could be the rumored ASUS ROG Phone 5 Strix Edition. The said models are said to be a little more cost-effective than the flagship ROG Phone 5. They may also feature Snapdragon 870 SoC instead of the flagship Snapdragon 888 chipset. 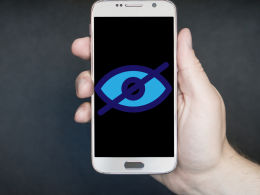 How to Hide Apps in Mi smartphones? Step-By-Step Guide