Are Your Apple Earpods Fake or Real? Find Out in 5 Ways!

If you are an Apple owner then you must have come across or wondered about this question more than once. Are your Earpods real or fake? If your Apple device is more than a year old, then you may find yourself out to buy new ear pods sooner or later. The Apple Earpods cost Rs. 1900 on the official Apple Store but you can find local stores offering them at cheaper prices.

These local stores claim that the Apple Earpods they are selling are original but more often than not they aren’t. For anyone spending such a costly amount on earpods, this turns out to be a huge rip-off, and most of the time people don’t realize that they are using fake earpods until it’s too late.

Also Read: How to Take Pictures Through Voice Control on iPhone (100% Hands-free)

First of all, talking about the design and packaging of the Earpods. The box of the original Apple Earpods will be very neat and appropriate. You should be able to make out the authenticity by seeing the white shade of the box, serial number, or the codes at its bottom. While, on the other hand, in the packaging of the fake Earpods, the plastic that is used is very cheap and flimsy. The box doesn’t close or fit well. The Apple logo would also be inappropriate and easy to figure out that it’s not real.

The cables on the original Apple Earpods have a description saying ‘Designed by Apple in California, Assembled in Vietnam’ while the makers do not bother with the same on fake Apple Earpods.

Also Read: How to rescue data from a wiped iPhone or iPad

There’s a vertical bar on the Earpods. When you block them on the original ones, they stop or lower the bass a little bit, but on the fake Earpods there is no such setting and the sound just stays the same. Talking about the overall sound quality as well, the sound quality on the original Earpods is very rich and harmonic while the same won’t be expected of the fake Earpods.

Also Read: Read any books for free on your iPhone without installing third-party app

That’s all for today! Do let us know in the comments if these tips helped you and look out for our new article dealing with such similar tips and tricks. 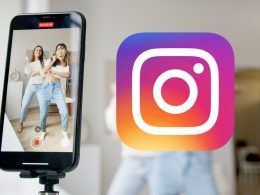 Here is your complete guide on how to add pre-recorded video to Instagram Reel. Read along to know more about it.
byKeval
No comments 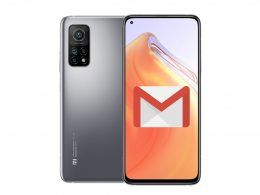 Here is our complete guide on how to remove Gmail account from Mi phone.
byTeam Oyprice
No comments

In this article we will talk about how to download songs on Spotify without premium. Read along to know more about it.
byTeam Oyprice
No comments