Apple September 2021 Event: Here Are All The Key Announcements

Apple just launched the successors to the iPad, iPad Mini, Apple Watch and the iPhone. One important detail to note is, iPhones now begin with a base storage of 128 GB and the base variant of the iPad begins at 64GB and this is while they still begin at the same prices as last year. This surely is a welcome change appreciated by all.

This is the 9th generation of the iPad. The overall design of the iPad is the same with a few changes. To begin with, it is powered by Apple’s A13 Bionic which offers an overall 20% faster performance than last years iPad in the CPU, GPU and Neural engine departments. This iPad will run on iPadOS 15, which packs new features like widgets, better multitasking support, etc. It will also support the 1st generation Apple Pencil.

The front camera also has major improvements as the sensor is now a 12MP ultrawide camera with a 122° field of view. “Centre Stage”, a feature from the iPad Pro is now available on the iPad. Centre Stage automatically pans the camera as you step around and adjusts the focal length. Another new feature is, “True Tone”, which adjusts the display to the colour temperature of your surroundings.

The iPad begins at USD 329 and the Indian pricing starts at Rs 30,900. You get two colour options, silver and space grey. And the base variant is now 64GB at this price the iPad is surely going to be value for money.

The design of the iPad Mini gets a revamp, which now is identical to the design language of the iPad Pro and the iPad Air. The bezels are narrower providing more screen real estate of an 8.3-inch screen. This also leads to the removal of the home button and the lock button doubling as TouchID.

This iPad Mini is a powerhouse as it is powered by Apple’s new A15 Bionic. To know more about the iPad Mini read:

The first thing to catch your eye on the Apple Watch Series 7 is surely going to be that larger display. It is 20% larger as compared to its predecessor. The bezels are toned down to just 1.7mm. Series 7 of the Apple Watch hands down wins in the design department. The display is curved on the edges and is 70% brighter indoors which basically means a brighter always-on display (AOD). Apple has made sure to make total use of the larger screen by not only redesigning the buttons, watch faces, etc but also you can now read around 50% more text. There’s even full native keyboard support to input text.

Apple claims that this is the most durable Apple watch ever built which has, “strongest front crystal ever”. It is the first Apple watch to have an IP6X dust resistance. Charging speeds are faster and you can go from 0-80% charge in just 45 mins.

Watch OS 8 comes with new features especially for bikers like fall detection, automatic start and pause when you take a break from riding and stop, etc. The colour option depends on the material you get and there are quite a few options. You could also choose from the designer Hermes bands. Apple Watch Series 7 comes in at a base price of USD 399. The Indian pricing is not out yet.

The iPhone 13 and the 13 mini have an almost similar design to that of the iPhone 12 series. The only differences are the smaller notch and the rear cameras being placed diagonally instead of the vertical design. The iPhone 13 is powered by the A15 Bionic SoC but it is a little less powerful (underclocked) than the A15 present on the 13 Pro models. Nonetheless, it is going to deliver more power than ever required on a smartphone.

The display gets as bright as 800 nits outdoor and can go up to 1200 nits for HDR content. Cameras are better as the main lens is a 12MP sensor with an f/1.6 aperture. This camera has “Sensor-Shift” technology introduced on the iPhone 12 Pro Max which leads to better OIS resulting in better low light images. The ultrawide camera is a new 12MP sensor with an f/2.4. With iPhone 13 series, Apple introduced a new “Cinematic mode”. This is basically a video mode with automatic Rack Focus. “A rack focus is the filmmaking technique of changing the focus of the lens during a continuous shot” (Read more).

The iPhone 13 Pro and the 13 Pro Max have a smaller notch and that is the only feature that distinguishes them from the iPhone 12 Pro on the front but the iPhone 13 Pro comes with a lot of changes. As mentioned before the A15 Bionic is faster on the 13 Pro models. Apple claims to have the “Fastest graphics performance in any smartphone.”

The display can get up to 1000 nits bright and finally supports a 120Hz refresh rate that Apple calls “ProMotion”. This is basically an adaptive refresh rate that will go as low as 10Hz and back up to 120Hz depending upon the task being performed.

The main camera sensor on the iPhone 13 Pro has an aperture of f/1.5 at 1.9 µm pixels. The 77mm telephoto camera comes with a 3X optical zoom. The Ultrawide camera has an aperture of f/1.8 and Apple claims up to 92% improvement in lowlight. Now, this sensor also doubles as a macro sensor which magnifies subjects with a minimum distance of 2cm. And if this wasn’t enough, all the cameras will support night mode.

There are major improvements on the videography front and iPhones have always been known for their exceptional video capabilities. You will now be able to change the focus and level of bokeh by changing the aperture even after the video has been captured. Later this year the iPhone 13 Pro models will get “ProRes Video.” This will offer high colour fidelity and better efficient encoding for use in professional video editing apps. All of this is possible due to the new A15 Bionic SoC.

What product intrigues you the most and do you have any plans on getting one? Do let us know your thoughts in the comments below. 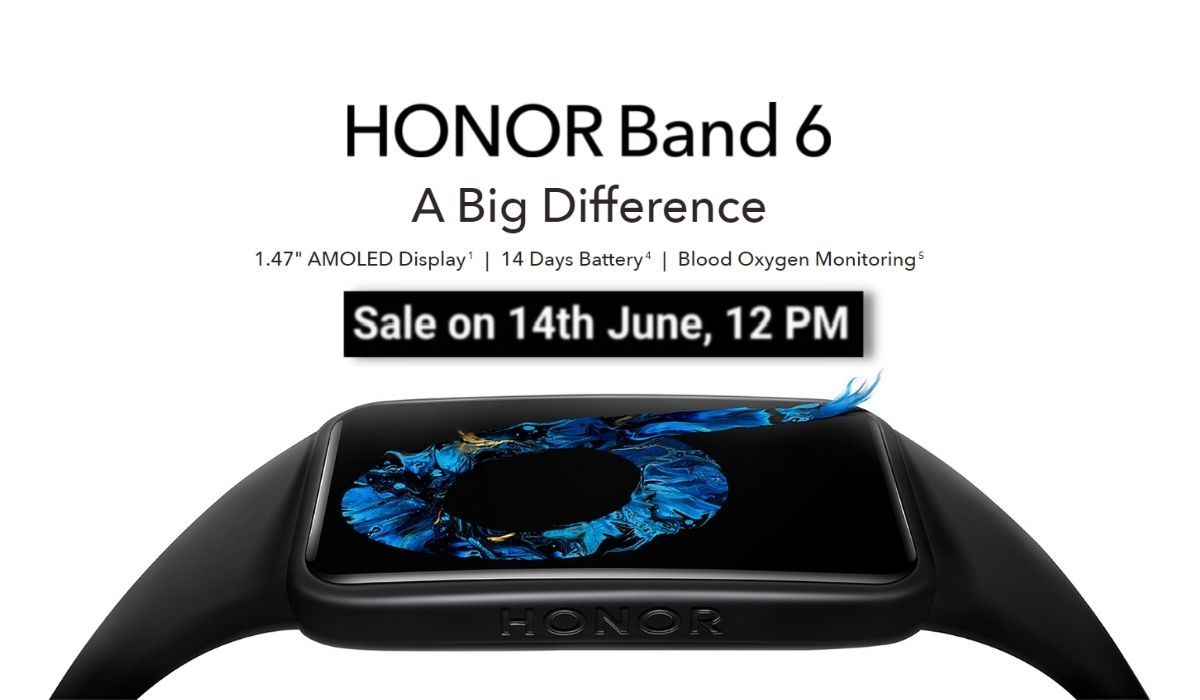 Honor Band 6 To Go On Sale From 14th June On Flipkart in India: Features, Price, and More