Apple has just launched their new iPad Air 5 with M1 chipset and a new purple color option. Read along to know more about it.

Apple has unveiled an improved iPad Air with an M1 processor during their much-awaited Apple event. Although there is no change in the design of the new iPad Air 5 as it’s the same as the iPad Air from the previous generation. The new iPad Air 5 comes in a variety of colors, including space grey, pink, purple, starlight, and a brand-new blue. It boasts the same 10.9-inch liquid retina display and is housed in a 100 percent recycled aluminum casing.

As you already know that the new iPad Air 5 comes with the M1 chip thanks to that, the iPad Air 5 now has 5G connectivity and faster speeds. Apart from that, it comes with an 8-core GPU and CPU. Graphics are 2x faster and performance is increased by 60% on the new iPad Air 5. It also has a 16-core neural engine paired with 64GB and 256GB storage options. You will also get P3 wide color with True Tone on the iPad Air 5. And it also comes equipped with a 2x faster USB-C port.

This iPad will operate on iPadOS 15, which will include new features such as improved multitasking, Quick Notes, and Share Play. According to Apple, the new storyboard feature will be available next month in iMovie,

Pre-orders for the iPad Air 5 began on March 11 and the device will be available on March 18. Although Apple has not announced about its Indian launch. It will cost the same as the original, starting at $599 (approximately Rs. 46,000).

ALSO READ: Apple Introduces The IPhone SE 3 With The A15 Processor And The Same Home Button Design As The Predecessor. | (oyprice.com) 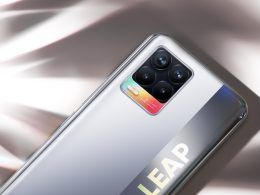 After launching smartphones, laptops, and other gadgets for years, it looks like Realme is gearing up to enter…
byTeam Oyprice
No comments 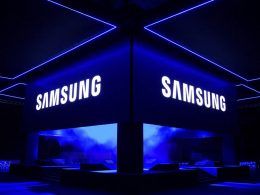