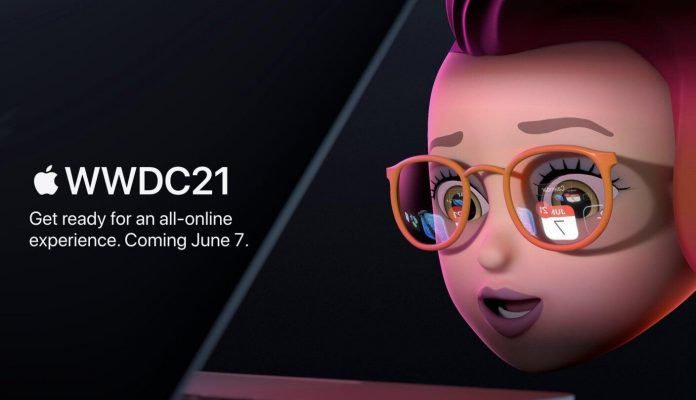 Apple is all set for the Worldwide Developers Conference (WWDC) 2021 which is scheduled for 7th June. We can expect Apple to announce the upcoming software updates for all of its products including iOS 15, iPadOS 15, macOS 12, and much more exciting stuff. According to Twitter tipster Jon Prosser, Apple may announce new hardware in WWDC this year which includes the new MacBook Pro models. Now, let’s take a look at what to expect from the new MacBook Pro models and WWDC.

Apple has released the complete schedule for WWDC 2021 before the annual event which will kick off on the 7th of June at 10 AM PDT or 10:30 PM IST. WWDC 2021 will kick off with the announcements about the exciting updates coming to all the Apple products later this year. The event will be held virtually directly from Apple park this year due to the pandemic and you can watch the event via apple.com, the Apple Developer app, the Apple TV app, and YouTube, with on-demand playback available after the event has ended.

Apple has also announced one-on-one labs for the developers participating in the event and over 200 in-depth sessions and many more. WWDC 2021 will also help Apple developers to create the next generations of apps as the event gives them access to Apple engineers, designers, and the latest tools and technologies. Apple has also introduced its new initiative program called Pavilions which will provide developers an easy way to explore relevant sessions, labs, and special activities for a given topic.

The MacBook Pro has been rumored for quite some time now, but new reports have surfaced on the internet about the launch of MacBook Pro in WWDC 2021 as Apple releases a teaser poser ahead of WWDC with three characters, and in the image, we can see three Unicode names of emoji characters – Fork and Knife, sleeping z’s, and the MacBook emoji in one of the character’s eyes.

According to the previous reports, we can expect Apple to launch two new MacBook Pro models with 14” and 16” displays as codenames of the laptop surfaces online- the 14-inch variant is codenamed J314, and the 16-inch model codenamed J316. These two models are also said to feature a fully redesigned chassis with magnetic charging, multiple ports including an HDMI port and SD card slot.

The MacBook Pro could launch with two separate chips codenamed Jade C-Chop and Jade C-Die which are said to have eight high-performance cores and two energy-efficient cores. The difference between the new and previous models will be in GPUs, the MacBooks are said to come with either 16 or 32 GPU cores. To compare the M1 chip is having only four performance and four efficiency cores, and has only 8 GPU cores and can the M1 chip can only support 16GB of RAM while the new chips are claimed to support up to 64GB of RAM.

Aum Vyas
Aum is following his passion for learning about modern technologies, and when he is not busy you can always find him coding and learning about Linux. He also loves to read books about Sci-Fi, play video games, watch sitcoms, and listen to progressive house music.
RELATED ARTICLES
News

The gaming industry is a rapidly expanding industry not only for casual or mediocre gamers but also Esports. Along with this industry, we see...
Read more
Load more