Google provided numerous new tools for mobile gamers and developers with Android 12 to elevate the Android gaming experience. While gaming, certain smartphones, such as the Pixel 6 series, feature a new Game Dashboard utility that enables access to handy utilities such as a screenshot shortcut, a screen recorder, a DND toggle, and more. However, the new Game Mode API enables developers to customize their game for optimal performance or battery life based on the performance profile set by the user.

With these new enhancements, Android 13 continues the push to improve the mobile gaming experience. According to Esper’s Mishaal Rahman, Android 13 adds a new method to the GameManager API called setGameState, which allows games to transmit their current state to the OS.

ALSO READ: Elon Musk Has Stated That He “Doesn’t Care About The Economics” Of Acquiring Twitter | OyPrice

This feature allows games to pass the game’s top-level status and signal whether or not it can be interrupted. Furthermore, games can use the setGameState method to inform the platform if the game is loading assets/resources/compiling/etc. The platform can then transmit a loading time suggestion to the power HAL, causing the new ‘Game Loading Mode’ to be activated and CPU performance to be increased. When the ‘Game Loading Mode’ is enabled, OEMs will be able to specify the CPU performance tweaking the way they want to apply.

In concept, this should mean that users will have to spend less time staring at the game’s initial loading screen. Some Android OEMs have already implemented different improvements to improve game loading time, like allocating extra CPU and GPU resources. According to Esper, Google is considering adding a test to the Vendor Test Suite (VTS) to require GAME LOADING mode on all devices running Android 13 and later.

Nonetheless, it is uncertain whether or not these criteria have been finalized at this time. It’s quite expected that smartphones upgraded to Android 13 will lack the new power HAL version and GAME LOADING mode.

Apart from faster game loading, the Android 13 will also come with a tap-to-transfer feature. Do you remember the Android Beam? Which enabled users to tap two phones together to transfer links, files, and other content. This was replaced by Nearby Share, which does not rely on NFC but rather on Bluetooth and Wi-Fi Direct.

However this tap-to-transfer mechanism is far too useful and easy to be forgotten, and it appears like Google intends to bring it back. It’s now codenamed “Media TTT” (tap to transfer), but Google is doubtful to advertise it under that label. As of now, we’ve only gotten our hands on a non-functional Google demo process that shows how you need to walk closer to a device to transfer or even play media, but it’s possible that you’ll be able to use it to join to future smart home gadgets like Apple’s Home Pod. Currently, we don’t know which technology Google will employ, although NFC and UWB appear to be the most likely options.

If you are looking for ways to know how to backup your WhatsApp chat. Then you are at the right place. In this article we will talk about how to backup WhatsApp messages.
byTeam Oyprice
No comments 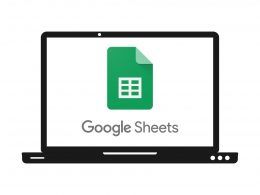 Google has added a new Intelligent Corrections feature to Google Sheets, read along to know more about it.
byKeval
No comments 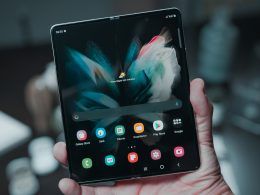 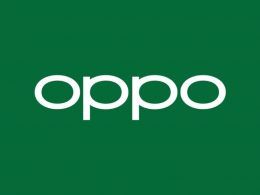 Oppo has been pretty good when it comes to rolling out software updates. The company has already rolled…
byVicky Kumar
No comments