Android 13 Beta 1 launched with New Features: How to install it

Google has launched its Android 13 Beta 1 Program and its available to install for some Pixel devices. Read along to know more about it.

Google launched its 1st Android 13 developer preview in February 2022. Now Google has met its original release timetable as the new Android 13 Beta 1 launched with new features just days before the end of April. The good thing about this Android 13 Beta update is that it will have fewer issues and it will be easier to install. Last year Google made some major design changes to Android with their Android 12 update. But it seems like with Android 13 Google is focusing more on improving privacy and security.

Permissions for media file access that is more granular

So far in the developer previews of the Android 13 update, we have seen largely focus on permission changes. But Google is determined to make its operating system safer and more private for users. That’s why in the Android 13 Beta 1 update, the most significant change that we can see is the new granular media access controls.

Earlier whenever an app asked permission to access your media files it had access to all the files on your Android smartphone. That will not be the case with Android 13. As with the latest update, Google has introduced 3 new granular permission types for pictures videos, and audio. With this new feature, an app will have to seek access to each of these categories independently. This is a great addition as now users will have complete control over which apps have access to their media files.

Google has introduced a new anticipatory audio routing API with their latest Android 13 Beta 1 update. This new feature will open up a lot of possibilities for musicians. Essentially Android 13 will inform apps about the audio formats that the platform can play and render on the device. The new Android 13 will also use the API to get a list of devices that can play the audio.

Apart from that Google has also launched the new get audio devices for attributes API to help users determine whether their audio streams will be directly played or not. Both of these new APIs can be utilized to decide the optimal audio format to use for your current playing track.

With Android 13 Google introduces a new error reporting system for all the apps that use the KeyMint or Keystore services which generate and store cryptographic keys. These failures assist developers in determining what went wrong and more crucially allow the apps to retry creating fresh keys.

Well, that’s not everything that Android 13 Beta 1 has to offer but we assure you that we will discover more new features in the coming days. Also keep an eye out for the Google I/O event which will begin on begin on May 11, 2022. We are expecting that android 13 will garner a lot of attention during the opening keynote during the event. At this event, we will see all these new features and other improvements in Android 13 in action.

How to install the Android 13 Beta 1 update on a Pixel smartphone?

The good part about the Beta 1 update is that it’s quite straightforward to install the latest Android 13 Beta 1 update on your Pixel smartphone. Just follow the steps mentioned below:

Note: Users should keep in mind that the Android 13 Beta 1 is still a Beta version of the upcoming stable Android 13 update. That’s why we recommend users that they should avoid installing it on their regular smartphones.

The Chinese manufacturer Huawei has launched its own operating system: HarmonyOS, during a live video launch from the…
byTeam Oyprice
No comments 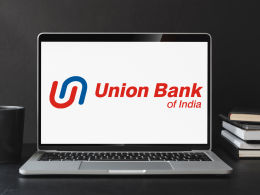 How to Check The Union Bank Balance? Step-By-Step Guide

If you are struggling to know your Union Bank of India's account balance then here is our step-by-step guide on how to check the Union Bank Balance.
byTeam Oyprice
No comments