Google revealed its new Android 12 operating system earlier this month. The new operating system features a major redesign, including the new Material You theme and a set of upgraded privacy features.

However, it seems like Google has already started working on its next operating system, called Android 12L. It will be optimized for devices with larger screens, including tablets, foldable, and devices that run ChromeOS.

Android 12L provides much-needed design optimizations to the existing Android 12, making it much more usable with a bigger screen by providing adjustments to the placement of the lock screen, Quick Settings, notifications, and much more.

The most exciting feature about Android 12L is the introduction of a Windows 11 like taskbar. They allow you to quickly switch between pinned apps, much like you would on a desktop computer. You can drag an app from the taskbar to open it in split-screen mode, something which Google says will work even if the apps are resizable or not.

Apart from optimized support for split-screen, Google has also stated that Android 12L will come with improved letterboxing. As a result, it provides a more pleasant-looking overall experience by making apps look better on the big screen.

Additionally, devices with a display of at least 600 density-independent pixels (DP) and above will also be getting a new two-column layout that uses the entire screen. It gives you the ability to access more information on the screen at a time, as shown in the example below:

Also Read: MacBook Pro Users Are Experiencing Weird Glitches Due to The Notch

The new operating system is scheduled to release in Q2 of 2022, with the developer preview already available to download at developer.android.com.

Overall, Android 12L builds upon the existing Android 12, providing a more optimized design and increased usability on devices with larger displays. This move by Google kind of makes sense, with Google, rumoured to be working on its own lineup of foldable phones as well as a Tablet, which might ship with the new Android 12L.

What do you think about Android 12L? Let us know in the comments below. Until then, stay tuned to Oyprice and subscribe to our YouTube channel for regular news and updates. 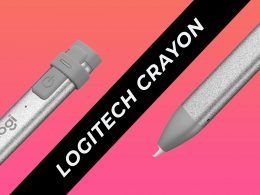 How to know if someone has blocked you on WhatsApp? Step-By-Step Guide

The Samsung Galaxy Tab S7 Lite has been spotted on the 3C certification website in China. The Samsung…
byTeam Oyprice
No comments