A Bundle of 9 NFT’s by CryptoPunk were sold for $16.9 million at Christie’s Auction making it the second most expensive NFT sold as of now, behind Beeple’s NFT which was sold for $69 million in March which included nine separate works.

Larva Labs, the company behind CryptoPunks, is a leader in the NFT space, and CryptoPunks is one of the most sought-after NFTs. They’re blockchain-based digital works of art. They have properties in common with cryptocurrency tokens (coins), but they’re one-of-a-kind and cannot be changed once minted.

CryptoPunks are a digital pixelated portrait of little ‘punks’ each of them having a unique characteristic like glasses, haircut, beard which makes it unique. The company already made 10,000 CryptoPunks in 2017 and gave away most of that but kept some of them for themselves, and now they are making profits by selling them.

These specific CryptoPunks were sold for this huge price as they’re very rare, although they created 10,000 CryptoPunks each varies from one another in terms of their looks which creates a rarity among them. The blue-faced “Alien” CryptoPunk, in fact, is one of only nine Aliens in existence, making it one of the rarest CryptoPunks. For more information about CryptoPunks head over to Larva Labs’ website which contains information on all CryptoPunks that have ever existed.

Seeing the rise of NFT we can say that the auctions will keep going and we will see some very rare and expensive arts in coming time.

Windows 11 is a Free Upgrade for Windows 10 Users

Although it was assumed that Windows 11 upgrades would be free, Microsoft’s very own health checker that verifies machines…
byTeam Oyprice
No comments 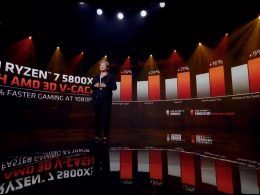 The AMD Ryzen 7 5800X3D is coming, but before its official launch the benchmarks for the chipset has been leaked online.
byKeval
No comments

The new year has begun and OnePlus is here with one of the most-awaited devices of 2021. Yes,…
byTeam Oyprice
No comments

According to Israeli security firm Check Point Research, A bug in Qualcomm’s Mobile Station Modem has been detected,…
byTeam Oyprice
No comments