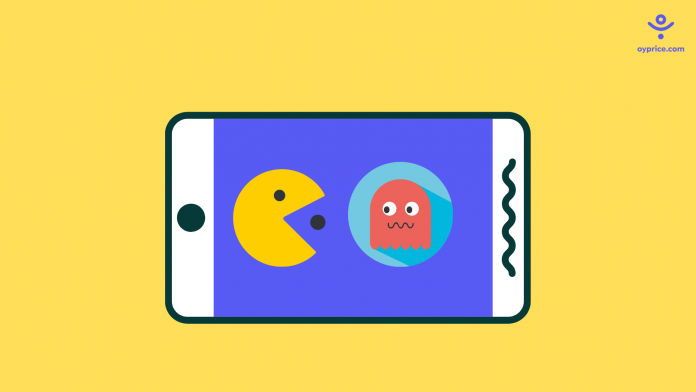 Mobile gaming has been on the rise for the last few years, with devices featuring heavy-duty processors and great GPUs. Although single-player campaign mode games are a lot of fun to play but what you really enjoy playing is multiplayer games with your friends on your Android smartphones. In 2021, android gaming has gained a massive boom. It might be because of the worldwide lockdown, which made people bored a lot. To get away from the boredom, people started to play games with their friends and started searching for the best multiplayer games. The other benefit that multiplayer games offer is that players can compare and connect them with another player from any corner of the world.

In India, PUBG was one of the most popular multiplayer games online. It was loved by many, and had a great rating online. With the increase in the number of players streaming on Youtube and also the better performance of Indian players in PUBG tournaments, PUBG was gaining massive popularity in India. However, it came in as a huge shock to the vast population when the Government of India banned the game due to some privacy issues. Since then, people want some other games like PUBG which everyone can play with their friends. So, we have listed the top 5 best multiplayer games in 2021 everyone can play.

After the release of this game, we can say that the golden period of Android gaming has truly arrived. It was one of the highest played games in this quarter. It has surpassed Fall Guys and is topping charts across the world.

It’s an online multiplayer game with a unique theme. This game can be played, with your mobile data and with your local WiFi with 4 to 10 players.

In this game, you prepare your spaceship for departure along with your other teammates but bear in mind. There is an imposter in your team who wants to kill everyone. The imposter will build trust with the rest of the crewmates, but soon chaos happens as you find the dead bodies of one of your teammates.

The suspicion among crewmates gets heightened and the voting is done to find and kick the impostor off the ship, but you will rarely get it right because you don’t know, who is the imposter and the game continues, if you are not the imposter you have to complete the tasks like maintaining the fuel, power supply, and many other things.

You can interact with your crewmates via text chats. Among Us is one of the best online multiplayer games on Android right now.

When Activision announced Call of Duty for Android and other mobile platforms and since then, it has gained immense popularity. Some of the gamers even prefer CoD Mobile over PUBG, which is quite an amazing feat for the company.

Asphalt 9: Legends is one of the best mobile racing games and you can play it with online multiplayer mode as well. Carrying forward the legacy of Asphalt 8 Airbone was never an easy task, but the Asphalt 9: Legends succeeds in doing it with style, more content, added customization options, and more hypercars. Asphalt 9: Legends has smooth gameplay, the graphics look stunning with additional features like more neon-color nitro boost effects and the overall experience is simply unbeatable. There is also a new control mechanism called TouchDrive, which relies on swipes to steer the car, however, you can always revert to the old tilt and also the tap-to-steer controls.

Also, you no longer need to slow down and perform the drift to gain a bit of nitro juice, as the Asphalt 9 will let you do by doing a 360-degree turn during the cruise to earn the boost.

There is also a Club leaderboard new addition in which there are 60 seasons and 800 events, which will keep you engaged for a longer period. There is also many more things to say about Asphalt 9: Legend, but playing a game is more fun than reading about it.

It includes cartoonish graphics a lot of fun elements, there’s a whole building mechanism involved which is not there in any other online Android multiplayer game offers.

This game also has fresh content with weekly patches so no matter when you drop down to play the game, there is always something new happening in it. Fortnite is an awesome game but it is quite difficult to master, it has difficult gun mechanics and building systems.

Clash Royale is also a popular online multiplayer game that you should check out on your phone. This game has a huge fan following and is a spin-off from its popular strategy game Clash of Clans.

It is a card-based game where you fight against other players in a battle to prove yourself as the best player out there. If you’re looking for a fun online multiplayer game, Clash Royale is definitely one you should check out.

Tell us your favorite game you are currently playing right now with your friends in the comment section.

For more news and updates subscribe to our Newsletter below.

It's officially that time of the year where we would see amazing as well as weird gizmos being introduced by various companies at CES...
Read more
Features

According to a new patent, OPPO is still working on a future wireless charging gear. The company patented a power bank that doubles up...
Read more
Technology

MediaTek has always been known as the second best smartphone chips manufacturer in the world, while the first position was held by Qualcomm’s Snapdragon...
Read more

It's officially that time of the year where we would see amazing as well as weird gizmos being introduced by various companies at CES...
Read more

According to a new patent, OPPO is still working on a future wireless charging gear. The company patented a power bank that doubles up...
Read more

MediaTek has always been known as the second best smartphone chips manufacturer in the world, while the first position was held by Qualcomm’s Snapdragon...
Read more

Semiconductor shortage doesn't seem to end anytime soon, however this hasn't been an obstacle for innovation with many companies already rushing to get their...
Read more
Load more