The year 2020 has seen a slew of fantastic film releases. There’s even a resurgence of drive-in movie theatres! However, some of the year’s most eagerly anticipated films have been postponed. While this was initially disappointing, it now means that 2021 has the potential to be one of the most exciting film years in history.

While we don’t know what the future holds in terms of releases, we’ve compiled a list of all the films (delayed and otherwise) that we’re most looking forward to seeing whenever and wherever it’s safe to do so! It’s going to be a big year, with everything from superheroes to sequels, martial arts to monsters.

The Water Man gives off huge Bridge to Terabithia vibes with its expansive imagination, exciting (but not too scary) action, and huge heart, making it perfect for an all-ages movie night. Lonnie Chavis plays a young boy who seeks out a local legend known as the Water Man in order to heal his dying mother (Rosario Dawson). The film was also directed by David Oyelowo, who plays the boy’s father.

2. Spiral: From the Book of Saw

The Saw franchise is still going strong 18 years and eight films later, with Spiral starring Chris Rock, Samuel L. Jackson, and Max Minghella as detectives attempting to solve a string of grisly murders without becoming entangled in the killer’s game. We’re going to assume that things don’t go as planned because they’re characters in a Saw movie.

Either you’re the type of person who gets giddy when they read those words, or you’re not. If you are, Army of the Dead is going to be a must-see. The action-packed thriller, directed by Zack Snyder (of Zack Snyder’s Justice League fame), follows a group of mercenaries as they attempt to pull off the ultimate heist in a zombie-infested Las Vegas. If they can just get the freakin’ undead tigers, it’ll be easy money.

I Carry You With Me (or Te Llevo Conmigo in Spanish) is a film about a decades-long romance between two men (Armando Espitia and Christian Vázquez), who met as young men in Mexico and eventually moved to the United States to try to make a new life for themselves. Not only is it based on a true story, but their real-life inspirations are featured in the film itself, so expect to be moved.

Do you have a stressful situation? Want to be even more stressed, but this time in a good way? A Quiet Place Part II invites you to brave a fictional apocalypse, picking up with the Abbott family (led by Emily Blunt) after the first film’s events — only to discover that there’s more to fear in the outside world than monsters. John Krasinski is back in the director’s chair.

After a year of social isolation, the desire to go out and the party can be strong. If you aren’t quite ready to take to the streets singing and dancing, you can always watch others do so. In the Heights, based on Lin-Manuel Miranda’s hit Broadway musical, stars Anthony Ramos, Corey Hawkins, and others as neighbors in a vibrant New York City community, and based on the early buzz, we think it’ll be just what we need after a long and difficult year.

Luca, from Pixar, begins as a kiddie Call Me By Your Name before veering off into the mythological when it’s revealed that the boys at its center are actually sea monsters. It might not be quite as good as taking a real summer vacation to Italy, but with the sparkling ocean views, sun-dappled landscapes, and delectable-looking food, it’s a close second.

Ohana means “family,” and in a family, “no one gets left behind”…wait, that’s the wrong movie. But no one is forgotten in F9, which not only reunites the old gang (Vin Diesel, Michelle Rodriguez, Tyrese Gibson, Ludacris, etc.) and introduces Dom’s brother (John Cena) into the mix — but also welcomes back fan favorite Sung Kang for the long-awaited, well-deserved #JusticeForHan.

We pay attention when A24 announces a new horror film; after all, they’re the studio behind recent hits like Midsommar, Hereditary, and The Witch. They’re releasing False Positive this summer, Rosemary’s Baby-style thriller starring Ilana Glazer and Justin Theroux as a couple who successfully conceive with the help of a fertility doctor (Pierce Brosnan), but soon suspects there’s something sinister lurking beneath their happy news. As if being pregnant wasn’t stressful enough.

Werewolves Within has a spooky premise — a snowed-in small town must figure out what sinister creatures lurk among them — but with a cast that includes Sam Richardson, Michaela Watkins, Cheyenne Jackson, and Harvey Guillén, it’s almost certain to deliver as many belly laughs as it does shrieks of terror.

10 Anime films you should watch if you’re a beginner!

Konnichiwa!! Are you also a beginner to this enchanting world of Anime? then we’ve got you covered. Here…
byTeam Oyprice
No comments 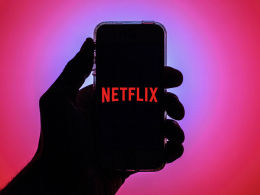